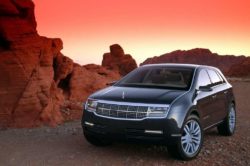 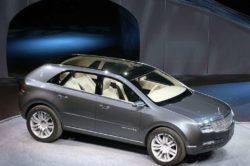 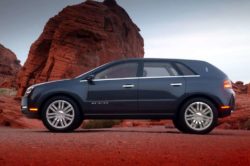 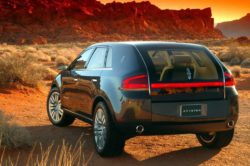 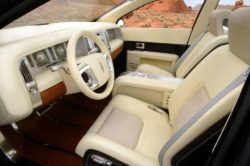 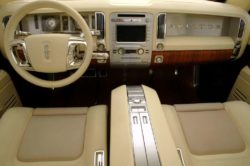 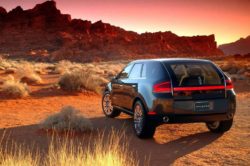 Sold for little over three years, the Aviator is one of Lincoln’s shortest lived products. The car was replaced back in 2006 with the MKX, a unibody design crossover on the same platform as the Edge. Now, a bit over a decade after its discontinuation, rumors about a successor started to appear. However, the new model would be quite a bit more different than the original. For starters, this time around the 2018 Lincoln Aviator is actually expected to be a seven seats crossover. This would be similar to the seven seats MKT but it seems that the Aviator would replace this one completely in a similar fashion the Continental replaced their previous flagship sedan.

Even though some suggested the new Aviator would become a body on frame SUV, this is highly unlikely at this point. There is no market for this type of crossover, at least in the price range the Aviator will be sold in. Because it will replace the MKT, it will have to do everything better than it. This means more room inside the cabin, better performance and likely a better price. Early rumors suggested a base price of around $44,000 but there have been some saying that Lincoln will increase the price. The car will be based on the same platform as the upcoming Explorer which has not been released for now. This means the Lincoln might be the first to the party which would definitely be interesting. We expect a modified CD4 platform which also underpins the Continental or the Fusion. This would allow for the size Lincoln wants with none of the drawbacks.

The current MKT is boasting a massive two-piece front grille, a sharp overall design, and a minivan-like stance. The upcoming 2018 Lincoln Aviator should be nothing like that. For starters, the car is expected to borrow heavily from both the Continental and the latest Navigator concept. Expect the stylish front end of the two but likely with a more muscular design. The Aviator will have to compete with cars like the Volvo XC90 and the Audi Q7, so it will have to be imposing. The Lincoln will likely set the trend for all the upcoming cars Lincoln will be releasing which was actually the case with the previous generation as well.

It is quite early to say much about the interior of the Aviator. Despite that, we do know the car will definitely boast seven seats and it will more than likely have a modular cabin as well. This means that a four or five seat model might be offered in certain markets to appeal to a higher end market. The materials will likely be well above the previous model while the general driving experience should be very similar to that in the Continental.

The current MKT is boasting an EcoBoost engine while the original Aviator had a V8. Even though some suggested the 2018 Lincoln Aviator will use a V8, this is highly unlikely. Instead, the car is more than likely going to receive Lincoln’s brand new 3-liter twin-turbocharged V6 engine. This has been first seen in the Continental and it is a very capable unit. Front wheel drive will likely be standard in which case the engine should make anywhere between 300 and 350 horsepower and up to 300 lb-ft of torque. The all wheel drive model will definitely get the higher power version which is known for 400 horsepower and over 350 lb-ft of torque. In any case, the Aviator should be one of the first vehicles to receive Ford’s 9 speed automatic. This has been in development for quite some time and it is expected in the next couple of years.

The new 2018 Volkswagen Polo GTI is going to feature a lot of improvements …
The current Altima is a mid-size sedan which has been released back in 2012 …
If you have ever wondered what RAV4 stands for, here is the answer. The …