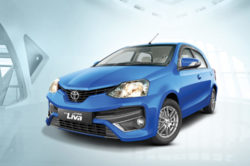 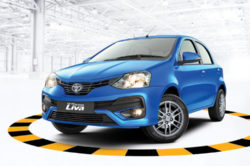 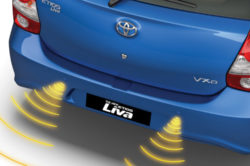 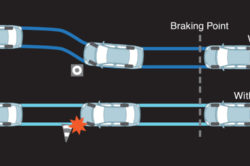 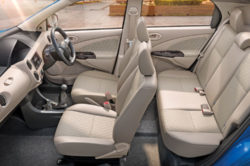 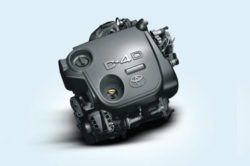 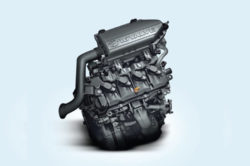 Even though the Etios has been around for quite some time, its hatchback counterpart has only been released back in 2011. Since then the car went through a major facelift and also received new engines. The newest version of it is the Toyota Liva 2017  which has been released only a few months ago in Brazil. The car received a new design inside and out as well as updated engines. Event though it is very similar to its predecessor, the new model is well worth the money, especially for those looking for a new car. The car has been priced from BRL44,000 which is still good considering where the competition is. This is roughly the equivalent of $12,000 where the Liva doesn’t really have a rival. In India, on the other hand, the base car will start at less than the equivalent of $8,500 which is the impressive fact here.

Toyota Liva 2017 Under the Skin

The new 2017 Liva is based on the Etios sedan, so it mostly shares the same engines and running gear. However, thanks to the fact it is a hatchback, the car is shorter and it feels lighter in most situations as well. A while ago there have been some rumors about a hotter version but these never came to fruition. Instead, the Liva remains an economy aimed hatchback which does most things right but it doesn’t really excel at anything. The car is already available for sale in most markets with a new version being expected sometime in late 2017.

How does it look?

The first generation of the 2017 Liva was basically the sedan with a new rear end. This is exactly the case with the Toyota Liva 2017 but the changes are slightly larger here. Let’s start with the things that are identical to the sedan. The front end received a new grille which is now reminiscent of Toyota’s US models. There is a new V-shaped inspired grille with black mesh, a much nicer bumper with black accents and fog-lamps, on the top end models, as well as new rims across the range. The sedan doesn’t get the bumper found on the Liva but it does get the same grille. The back of the Liva is also unique and it is somewhat reminiscent of Toyota’s Japanese models.

Inside the cabin of 2017 Toyota Liva

Even though the 2017 Toyota Liva is among the smallest cars in its class, it offers the most amount of space among its rivals. This is mostly thanks to a really clever layout with a really short dashboard and a long wheelbase. The materials are good for this price range and the center mounted instrument cluster really clears up the view for the driver. Things such as an automatic climate control, a touch-screen based infotainment system or even soft touch materials can be had on the higher end models.

Depending on the market it is sold in, the Toyota Liva 2017 gets three different engines. The base model gets a naturally aspirated 1.2-liter petrol engine. This offers a rather underwhelming 80 horsepower and 104 Nm of torque which are available from just 3,100 rpm. Further up the range, the Indian market gets a 1.4-liter diesel with 67 horsepower and 170 Nm of torque which is very efficient for its class.

However, it is also noticeably more expensive than its petrol counterpart. The Brazilian market, on the other hand, gets a choice of two petrol engines. The base car gets a 1.3-liter unit while a 1.5 liter inline 4 is also available. The latter has a much more impressive output at 107 horsepower and over 120 Nm of torque. A five-speed manual is standard across the range but a four-speed automatic is also available with the base 1.2-liter petrol engine or with the larger 1.5-liter unit.