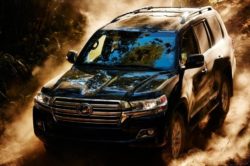 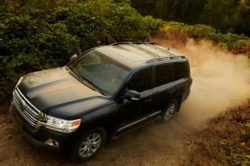 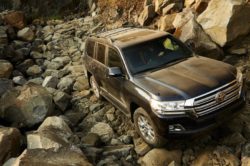 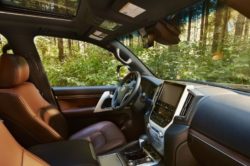 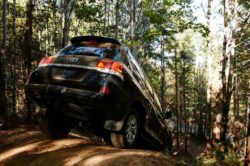 Jun 9, 2017  Update – The Land Cruiser Prado is Toyota’s baby luxury SUV which has been around for a while. So far the SUV received a minimal amount of changes which is a testament to how good it really was from the start. Unfortunately, its design is getting old, but it seems Toyota has been working on a refresh for some time now. Not that long ago pictures of a revised version of the car have been leaked on Instagram by someone that also leaked the pictures of the revised Lexus LX and its sibling, the full-size Land Cruiser. The best part is that the leaks about the other two models ended up to be true so we would be inclined to say that the leaks about the 2018 Toyota Land Cruiser Prado are also true.

As for the release date of 2018 Toyota Land Cruiser Prado, it is scheduled for release on 12th September of this year. This information is coming from magazines such as indianautosblog.com and caradvice.com.au who claim that they got the info from a source close to Toyota. The sales would begin later this year, in Japan, while the Indian and Australian markets would have to wait for the start of 2018. We have leaked photos and release date set, but there was no word on the price of new 2018 Land Cruiser Prado. Generally, the prices of facelifted models go up a bit but by no significant amount of money. The case will probably be the same with upcoming Prado so don’t expect the price to deviate far away from current $85,000 for an entry level model.

Most of us expected Toyota to release an entirely new car with the next generation, Prado. However, this is not entirely the case. It seems the upcoming model will be just a mild refresh of its predecessor which is quite unusual, especially for a car that is nearly a decade old at this point. So far the leaks only show the exterior and a good part of the interior. Most of the technical specs of the upcoming Prado are unknown, but we doubt it will change much over its predecessor.

The leaks show us with a good amount of detail both the car’s front end and its rear end. These have been refreshed to take it closer to its larger sibling. In the front, it boasts a new hexagonal grille, slimmer headlights as well as new grille inserts. These alone make the Prado look a lot more upmarket than its predecessor. On top of that, it seems the bumper, fenders, and the hood has been revised in order to give it a more angular look which definitely makes it stand out more. In the back, the changes are as dramatic as in the front. However, it still gets a new bumper and taillights which do elevate the way it looks by quite a bit.

It seems that the dashboard of the 2018 Toyota Land Cruiser Prado is going to be all new. The leaked car has a slimmer center stack with fewer buttons than before, and there is a brand new 8-inch infotainment system. The steering wheel has been replaced by that found on the JDM Crown while the instrument cluster seems to be a new fully digital unit which will likely allow the driver to customize its experience.

Sep 2, 2016 Review – The current Land Cruiser has been around for nearly a decade and it shows. Despite that, it still is a capable luxury SUV which is preferred by many around the World. Unfortunately, the Land Cruiser evolved from the basic off-road machine it used to be to something a bit too expensive. The current model starts at $85,000 and it was even more expensive than its Lexus counterpart up until a few months ago. In order to solve some of its problems, a new model will be released with the future 2018 Toyota Land Cruiser. So far not much has been said about this car but it seems that the changes could be massive.

There are split rumors about the future of the Land Cruiser. Some people suggested that Toyota would carry on with the body on frame design of the ongoing model. However, this is highly unlikely at this point. Why? Well, because the car would not be able to meet all the safety and emissions regulations if they will keep it that way. The other rumors suggest for a unibody design which does make a lot more sense. The Land Cruiser is expected to get cheaper, better on the road and similarly capable in off-road. This would basically mean that Toyota will not sacrifice much for offering a better all around vehicle. The release date is likely going to be set for the end of 2017, so there is still some wait time to be had.

The best word to describe the current model is “understated”. We hope that the future 2018 Toyota Land Cruiser will follow closely this type of design because it helped it sell as good as it did. We may see an evolution of the design currently found on the Land Cruiser but also expect some new features. For starters, thanks to its unibody design, the new Land Cruiser is actually expected to get quite a bit lower than before while being similarly wide and long. However, some even suggested that an air-suspension system might be added. This would be able to lift the car and help it go past pretty much any type of terrain.

Inside the cabin, the upcoming Land Cruiser should continue to offer up to eight seats in a few different configurations. There will likely be even more room than before thanks to the non-intrusive chassis which was previously a problem. The actual quality of the materials is likely not going to decrease as much as people think. On top of that, the car is very likely going to become much more comfortable on the road than its predecessor.

Unfortunately, this is one of the largest unknown factors at this point. However, the 2018 Toyota Land Cruiser will have to offer the power and efficiency of a true luxury crossover. For starters, like before, it should only be offered as an all wheel drive car. In terms of engines, we might see a new V6 or V8 powertrain that would be smaller and more efficient than the older 5.7-liter V8 engine.

On top of that, with the help of turbocharging, the future Land Cruiser could make quite a bit more power than before as well. A hybrid is also a real possibility. With the lower total weight of the car and with the help of a hybrid system, the new Land Cruiser could easily return better MPG than any of its direct competitors. It still is unclear what type of platform Toyota is going to use but we do know the move will be for the better. We only hope that the Land Cruiser will return back to its roots of being a rather cheap, efficient and comfortable way of transporting people over any type of terrain.

However, the 2018 Toyota Land Cruiser will have to offer the power and efficiency of a true luxury crossover. For starters, like before, it should only be offered as an all wheel drive car. In terms of engines, we might see a new V6 or V8 powertrain that would be smaller and more efficient than the older 5.7-liter V8 engine. On top of that, with the help of turbocharging, the future Land Cruiser could make quite a bit more power than before as well. A hybrid is also a real possibility.