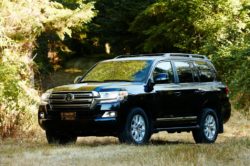 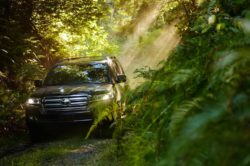 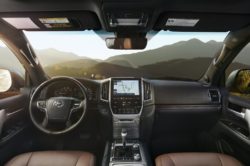 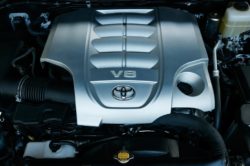 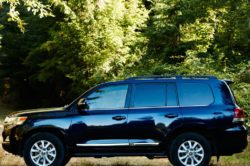 The Land Cruiser is an off-road vehicle which has been on the road for almost 60 years. It has evolved since its debut in 1957 and moved to a luxury category. The thing with the Land Cruiser is that it comes in only one trim level so you don’t get an option to choose what features you want to have. The only choices you have are interior and exterior colors. It takes after Scion and the new model comes with revised front and rear bumper. The 2019 Toyota Land Cruiser is the upcoming model and a new member of this family. It comes with many advantages, but it also has certain flaws.

New Land Cruiser will be quite attractive and it will have a luxurious and appealing interior. On the other hand, there are few things they mustn’t neglect in the future. First and foremost, it doesn’t have EPA rating to look up to. Engineers must find ways to decrease fuel consumption in order to be more competent on the market. The second thing is that there are no significant updates and many doubt it will attract new customers. The situation on the market is getting tougher every year and there are lots of top-notch SUVs in this category. If Toyota wants to stay competent, they will need to put more effort in the following years. In addition, Toyota may reconsider its price policy and perhaps think about reducing the price of this luxury off-road SUV.

Three-bar grille is definitely unique and it comes with Toyota logo in the center. The 2019 Toyota Land Cruiser will get redesigned fenders while the rear part is getting more chromed parts. Interior of the new model resembles the current model in general. However, there are going to some refreshments. A driver can choose Terra leather seats instead of the black ones. There is a new steering wheel with wooden accents. The nine-inch infotainment touch screen features Entune system which enables you to control several different features inside the car.

The 2019 Toyota Land Cruiser is going to have only one powertrain and it will be the same unit that is used in the current model. It is strong and reliable and 90 percent of torque is available at just 2,200 rpm. A 5.7-liter eight-cylinder delivers 381 hp and 401 lb-ft of torque. The all-wheel driving system is necessary when it comes to these vehicles and Land Cruiser has the ability to transfer more power to rear wheels when needed. Unlike the engine, transmission is not going to stay the same. An 8-speed automatic gearbox is going to be used instead of the 6-speed automatic transmission.

Many believed new transmission will contribute to better fuel efficiency, but it seems that is not going to happen. EPA rating is estimated at 13 mpg in a city and 18 mpg on the highway (15 mpg combined). This is far below the average and Toyota must put fuel economy in the spotlight. One of the ways is to introduce new engine while they can reduce the overall weight at the same time.

The 2019 Toyota Land Cruiser is a luxury SUV and thus has a little bit higher price. It is estimated that new model will cost around $80,000. If you are still waiting for this car to buy it, you should know it is going to be released sometime in 2018, (2019 MY).

The Ranger has been released a while ago, and the plan was also to …
The Tundra has been around for nearly a decade now but it remains one …
After missing from the WRC for more than 16 years, Toyota is finally going …