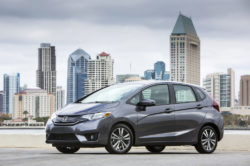 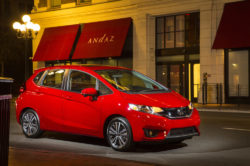 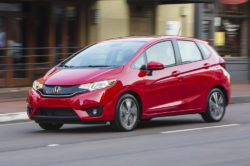 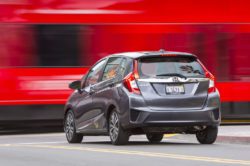 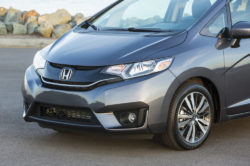 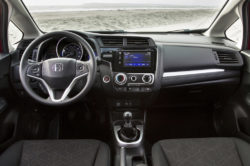 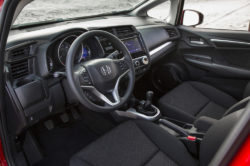 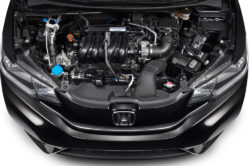 The third generation of the Fit has been released in North America back in 2014 and since then it has been carried over mostly unchanged. The 2017 Honda Fit is no exception and that is not as bad as it seems. The car is nearly perfect at this price point and it comes with plenty of kits to make anyone happy. The 2017 model only adds a small update to its exterior but even so, the overall package is still a lot better than some of its rivals. The car is based on an older platform shared with small cars like the City, HR-V or Mobilio. The chassis uses a fully independent suspension system in the front and at the back, it is noticeably stiffer than before and the car has a longer wheelbase as well. Despite that, it is actually shorter in overall length which makes for a bulkier overall appearance.

The Honda Fit 2017 model is already available for sale in the US since the early summer. The car starts at around $16,700 which is actually slightly more than the competition. Despite that, the overall value for money is a lot better due to the abundance of gear it gets as standard. A fully loaded model comes in at just over $22,000 which is already considerably more than the competition. Unfortunately when getting past $19,000 the Fit doesn’t make much sense considering there are better cars out there for roughly the same amount of money.

The 2017 Honda Fit looks quite fun and unique and that is a great thing. It doesn’t share many design traits with Honda’s other models either which is quite unusual. The front end is quite aggressive with a standard honeycomb grille, two sharp headlights, a large air intake in the bumper and even black accents. These make it feel a lot sportier than it is. Also, from the profile, the muscular and chiseled shape is quite clear while in the back Honda used clean lines which really complete the look. The 2017 model’s only change from the previous car is the addition of a new silver color which was previously unavailable.

Honda tried their best to offer the best cabin in its class so the end result is very impressive. The materials are definitely above the average with soft touch plastics, silver accents all around the cabin, great upholstery, and a good overall design. The dashboard is clear with little buttons on it but thanks to that it is really easy to use. The instrument cluster uses a blue background while the standard 5, or optional 7, inch screen is really easy to use. The front seats are great offering large side bolsters which really support the driver in any situation. The back is a bit more cramped though but the 2017 Honda Fit still manages to impress here as well.

Nissan Armada was launched in 2003 and is based on the F-Alpha platform. It …
Have you heard of 2017 Jaguar XE? If you haven’t heard about it so …
After missing from the WRC for more than 16 years, Toyota is finally going …