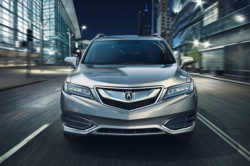 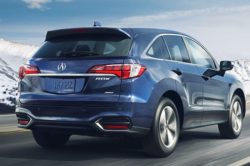 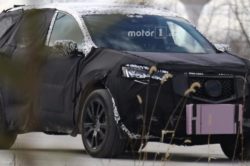 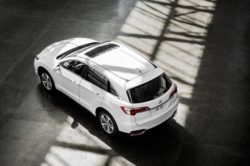 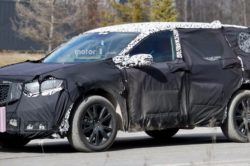 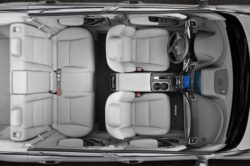 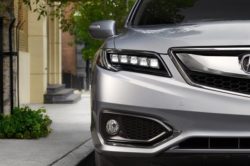 UPDATE Jul 4, 2017/ After many rumors about a new version of the RDX, the car was finally released a couple of weeks back. The new 2018 Acura RDX is, unfortunately, a really small update which doesn’t really bring anything new. The car is the same as before with the only real change being the pricing scheme. All of the car’s versions are now $130 more expensive than before. The only exception is the Advance model which is with up to $180 more expensive than before. This small price hike is, unfortunately, the only change from its predecessor.

Why no updates yet?

It looks like Acura is readying something bigger for their compact luxury crossover. The 2018 update is just a refresh meant to allow the RDX to sell still while Acura focuses on a successor. It is a well-known fact the current car is based on an older chassis, and it boasts a rather old engine at this point. Also, even though it offers a great amount of comfort, the RDX is not really the best car to drive in its class. The car is also quite expensive for what it is, and this update doesn’t help it much considering the value for money is now worse than ever before.

The exterior and interior: As we said, the car is identical to its predecessor. This means the new RDX still has the same old front end as before. The Jewel-like headlights do give the car a classier look than otherwise but the pentagonal grille with the massive amount of chrome is a bit dated at this point. Luckily the car offers more than enough space inside the cabin. All five passengers enjoy plenty of space and features such as USB charging plugs, individual AC vents and even adjustable seats all around. The big drawback inside remains the car’s infotainment system. This is the same two-screen unit found in the 2011 model, so at this point, it is not relevant anymore.

Under the hood: The 2018 Acura RDX update comes with a 3.5 liter naturally aspirated V6. This engine is good for 279 horsepower and 252 lb-ft of torque which is less than Honda’s current V6. However, the engine is punchy even at low RPM, so it manages to hold its own against more powerful rivals. It will send the power to either the front or all four wheels through the same six-speed automatic as before. Unlike the regular Honda AWD system, the RDX gets a more capable version which offers a torque vectoring system that allows the RDX to grip better in any conditions.

Not that long ago Acura released their updated MDX with a new design and a new engine. It’s smaller sibling, the RDX, remained unchanged since it was released back in 2012. However, it seems that the car will receive more than just a small refresh. The upcoming 2018 Acura RDX is expected to be an all-new car based on a new platform. Like before, the car will be based on the CR-V but this time around, the CR-V is going to use Honda’s new modular platform which debuted on the Civic. This new platform should allow Acura to decrease the weight of the RDX, give it a better ride quality and much better driving characteristics.

UPDATE / MAY 06, 2017 The RDX is Acura’s compact Luxury crossover based on the CR-V. The car features an upgraded suspension setup, a more powerful engine as well as one of the best-built interiors in its class. Unfortunately, it can’t really keep with some of its rivals due to its aging platform. The car suffers from body roll as well as less than ideal torsional rigidity. The new 2018 Acura RDX is going to change all that. For starters, the new model will be based on Honda’s new modular chassis. This will offer a lower center of gravity and more rigidity. This alone should allow the new RDX to be better to drive as well as more comfortable than before.

So far not much is officially known about this future car. However, considering that the new CR-V has already been launched a few weeks back, it is safe to assume that the RDX will also be launched in the upcoming year. The car will most likely become available for sale by the end of 2017 and it should still cost anything between $36,000 for a base model and $45,000 for a top of the range version.

UPDATE / Starting at just $36,000, the current car isn’t really the most expensive on the market. In fact, it is among the cheapest offerings around. It seems that the 2018 model might change that. If Acura decided to raise the base price to around $40,000, then they will be able to compete with their German rivals.

Is an Updated Really Needed?

Yes! The RDX is one of the worse selling cars in its class with competitors like the Macan, F-Pace, and even the X3 outselling it by a really big margin. In order to get back up there with the top cars, the upcoming 2018 Acura RDX is expected to be a superior car in every way. For starters, the new platform should allow them to ditch up to 200 pounds which will be obvious once the driver gets behind the wheel.

UPDATE / The RDX would really benefit from a big update at this point. Why? Well, the current car isn’t all that great while its successor would likely be able to solve most of the issues with it. On top of that, the car will be larger, lighter, more powerful and more efficient. The larger interior will allow Acura to install better seats, more gear and also give it a more premium set of features.

The current model of the car uses a 3.5 liter direct injected V6 which is fine but it doesn’t excel in any category. There are competitors out there offering a much nicer experience with better fuel economy and even more power. The CR-V already transitioned to turbocharged power with a new 1.5-liter turbo with 190 horsepower and 170 lb-ft of torque. While some said this would be used on the RDX, it is highly unlikely. Honda does have another turbocharged engine on their roster with the 2-liter VTEC from the TypeR. This can provide upwards of 300 horsepower and 290 lb-ft of torque which is superior to the V6.

However, it might not be to everyone’s liking and it might lose them sales instead of gaining. The only other choice would be the 3.5 liters naturally aspirated V6 which make 290 horsepower in the MDX. This does provide a smooth experience but it is not the most powerful or efficient unit out there. In order to please their customers, Acura might even release the RDX with two engine choices but this remains to be seen. One thing is for sure, though. The old 6 speed automatic will be gone and in its place, we might see an eight-speed dual-clutch automatic.

UPDATE / So far the car has been using a 3.5 liter V6 which was fine. It offered a good amount of power, and it was quite fueled efficiently for the size. However, it wasn’t really suitable for a performance luxury crossover. The upcoming 2018 Acura RDX is expected to receive an all-new powertrain. Rumors suggested the car will receive Honda’s new 2.0-liter turbo four powertrains which are known to make more than 340 horsepower and 300 lb-ft of torque. Coupling this engine to a ten speed automatic and a standard all wheel drive system would make the RDX a far better offering than before.

Just like with the CR-V, it is unlikely for the 2018 Acura RDX to change all that much when it comes to its exterior. We do expect the car to receive Acura’s new front end corporate look as well as a slightly sportier stance. However, besides that, the car should carry on with roughly the same body that can be found on the CR-V which is a good compromise between looks and usability.

The cabin of the new RDX, on the other hand, will definitely change and we hope it will change for the better. The dual-screen infotainment system will be gone, the analog instrument cluster as well while the materials will be improved by a big margin. The end result should basically feel like a more premium CR-V which is already one of the most impressive crossovers out there.

UPDATE / As we said, the new RDX will be larger than its predecessor. Even though this hasn’t been confirmed, the car has been spied wearing not that much camouflage. It seems that in the front it gets a brand new set of headlights, similar to those on the MDX, as well as Acura’s new corporate grille. The car is also noticeably wider than its platform mate which makes it stand out. Inside the cabin, the RDX is likely going to offer a more modern interior than before. We do expect something less curvy with a more angular design that will allow the RDX to hold its own against all those European and US rivals.