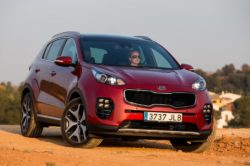 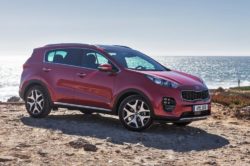 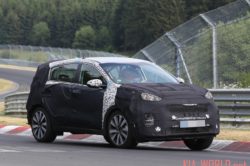 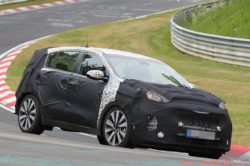 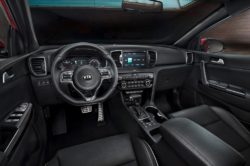 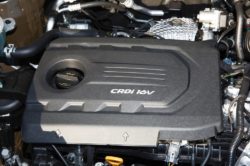 Released back at the end of 2015, the current generation of the Sportage is a much-improved model over the second generation. It is larger, more efficient, nicer to drive and more comfortable as well. However, it is not as powerful as it should and it is also missing some core features. In order to solve most of these issues, it seems that the car will receive a rather large update with the 2018 Kia Sportage. The new model is expected to be slightly better equipped, better to drive and more powerful. On top of that, some rumors also suggested that with this new version, the car would also receive a long wheelbase model. This has not been confirmed at this point by Kia. However, not that long ago a Kia three-rows crossover has been seen testing which might just be the longer rumored Sportage.

The new car is expected to be launched in September next year and go on the market in early 2018. The US model of the car will likely arrive a few months after that. The price for the base versions is unlikely going to change much. This means that it will still start around $23,000 and it will go up from there. Thanks to that, the Kia Sportage 2018 will remain one of the most affordable offerings in its class. The rumored three-row crossover, on the other hand, might start closer to $30,000 but this has not been confirmed so far.

Any competition out there?

Well, the 2018 Kia Sportage wouldn’t really have any real competitors, at least on the US market. However, in Europe where cars like the seven seat Tiguan exists, the car would more than likely have a tougher time. Rumors also say that the US market will also receive a few more seven-seat models in this class but nothing has been confirmed up to this point.

The current model is a rather unique-looking car. The front end is very expressive with Kia’s usual grille but with a rather interesting set of headlights and fog lamps. Because the grille is mounted right between them, the design is rather odd and not that appealing, at least from the front. The 2018 Kia Sportage version of the car is expected to change all that. The new model will more than likely receive a more similar design to what the Optima has with the slimmer and more aggressive headlights and the smaller grille.

The rumored longer Sportage is also expected to get an additional set of windows for the C-pillars which will give the rear seats a bit more natural light. So far the interior is expected to remain mostly the same as before. That is usually fine considering that the car has a really nice and quality feel cabin. However, it will likely receive a few more safety options such as a better lane-keep assist system and an adaptive cruise control system.

The current car gets either a 2.4 liter inline 4 or a 2 liter turbocharged inline 4. The European model also adds a diesel as well as a 1.6 liter turbocharged inline 4. This time around the US 2018 Kia Sportage will more than likely ditch the old 2.4-liter engine in the favor of the 1.6-liter turbo. This is not only more powerful but also considerably more efficient. On top of that, this particular engine can be mated to Kia’s great seven-speed automatic which is one of the better transmissions in its class. The US market might also receive a 1.7-liter diesel even though this has not been confirmed so far. However, considering that its rivals did receive such an option, Kia will likely follow them closely.

There are two big automakers in South Korea: Hyundai and Kia. On our website, …
When it first appeared on the market, the CR-Z was a light sports car …
Partnerships in the car world have become quite common in the recent years. Perhaps …