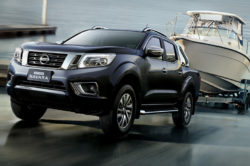 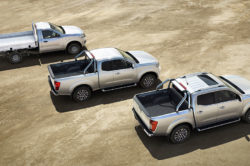 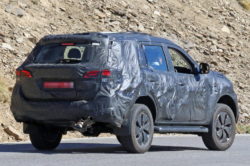 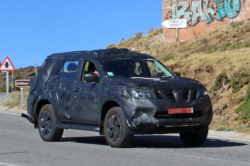 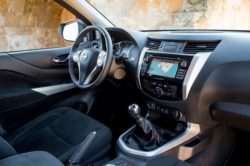 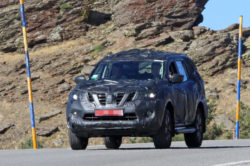 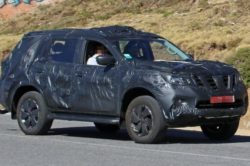 The Navara is Nissan’s full-size pickup offering for the rest of the World. While in the US, they have the Frontier, and the Titan, the Navara is their only truck on the International market. Unlike in the US, the Navara is actually rated for a ton which is quite interesting. It is also very efficient, comfortable and very affordable. The current model starts at right around $25,000 and it goes up from there. A fully loaded version could easily go past $50,000 but it also gets the latest technology available on the market. The truck has been released in 2014 and it seems it will receive an update for the 2018 Nissan Navara. However, this update is a bit more interesting than we first thought.

Release date and Price of 2018 Nissan Navara – Why is that?

Well, at first many people suggested that the 2018 model would be the revised version intended for the US market. However, this is not entirely true. The US model will get its own design and features and it will be a standalone model. The 2018 model is actually expected to spawn an SUV version. Even though this might not seem true at first, the test mules for the upcoming Nissan Navara 2018 SUV have already been seen testing in the wild. These had the exact same front end as the truck but the rear was a clear throwback at the original Pathfinder. Not much is known at this point but it seems the new model might be released by the end of 2017. The price will definitely not change, at least for the truck.

Exterior – How will it look?

The 2018 Nissan Navara will more than likely be mostly identical to the current model. The front end is expected to carry over the same headlights and bumper as before. However, the grille might be updated in order to better fit Nissan’s Global truck look which was first seen on the Titan. Expect a more pronounced V-shaped design and likely a slightly more aggressive overall look. The SUV, on the other hand, seems to be identical in the front with the Navara. However, the back seems to take quite a bit from Nissan’s crossovers such as the Murano or the Rogue. We are sure that the end design will change but it will still look familiar to anyone who has seen a Murano before.

Nissan Navara 2018 Interior – Inside the cabin.

The dashboard, as well as the instrument cluster, will more than likely be complete carry-overs from the current truck. However, the 2018 Nissan Navara and its SUV counterpart are both expected to get more features as standard. A frontal collision warning system, a better cruise control as well as a new lane-keep assist are all expected as standard. The truck should also get a new infotainment system across the range and likely better materials than before. The SUV counterpart will likely offer five or seven seats, depending on the model, and a similar set of features to the top end versions of the Navara.

Engine – Under the hood

Not much will change here. The base 2.5 liters naturally aspirated petrol engine and the 2.5 liters turbocharged diesel will still be available in some markets. The new generation 2.3 liter turbocharged inline 4 diesel will also be carried over but likely with minor modifications. Its base version will likely continue to make 161 horsepower and 297 lb-ft of torque.

However, the twin-turbocharged version might now offer closer to 200 horsepower and 340 lb-ft of torque. This has been rumored ever since last year and it may finally be revised. A six-speed manual will continue to be standard while Nissan’s seven-speed automatic will be an option. Depending on what engine the customer will choose, the Navara will be able to tow in excess of 9,000 pounds.