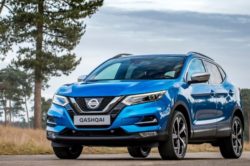 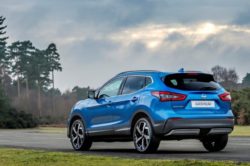 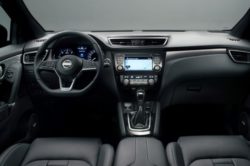 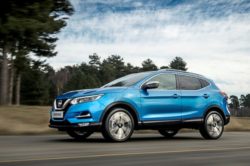 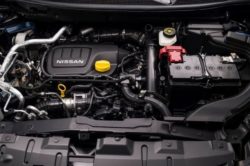 The Qashqai can be considered the smaller sibling of the Xtrail and for a very good reason. The two cars share the same platform and have a very similar wheelbase. Despite that, the Qashqai is more than 10 inches shorter than its larger sibling which makes for a more compact package. After many rumors, the Qashqai will also be available in the United States under the Rogue Sport name. The car is expected to cost around $20,000 and become one of Nissan’s better-selling cars. However, the US model is mostly identical to its European counterpart. The changes over the EU model are minimal but these changes are expected on the upcoming 2018 Nissan Qashqai.

Even though it was first released here, the European model is usually behind its US counterpart. This is the case with the Xtrail and the Rogue and it seems it will be the case with the new Rogue Sport and the upcoming Nissan Qashqai 2018 as well. This is a rather odd move but the large volume of cars Nissan sells in Europe likely made them keep the car unchanged for longer. When the 2018 model is going to be released though expect the same design as the US version. On top of that, the Qashqai should also bring a few new features to the mix which should give it a boost over its rivals. The price for the upcoming 2018 Nissan Qashqai is more than likely going to remain the same. The base model should still cost right around €18,000 with the top end versions going well past that.

The US Rogue has a few upgrades over the European model. These should be carried over in order to spring some new life into the car. For starters, the old-looking steering wheel of the current Qashqai should be gone. In its place, the car should now get the same steering wheel that is also found in the Micra. This is sleeker-looking, nicer to the touch and much more usable. On top of that, it completes the design of the cabin much nicer than the older wheel.

The Nissan Qashqai 2018 model should also receive a new infotainment system which has been rumored for a while at this point. The car might also receive a new sporty trim level that could add sports seats, similar to those found in the Megane GT. These would give the passengers a much better ride while also elevating the way the car feels inside.

The US model is mostly identical to the European car so it is safe to assume the 2018 Nissan Qashqai will also receive minimal upgrades. Expect roughly the same front and rear bumpers, similar color schemes and even the same wheels. The Qashqai could get a new set of headlights and possible new LED tail lights. However, the overall look will remain similar and only a trained eye will be able to tell the differences between the two. Also, the company prepares a facelift, which will most happen next year.

The current car gets a selection of petrol and diesel engines offering between 108 and 161 horsepower for the top of the range version. The 2018 Nissan Qashqai should remain mostly unchanged. There are rumors about two new engines that might be added to the mix, though. Some expect a revised 1.6-liter turbodiesel with closer to 140 horsepower and over 240 lb-ft of torque. The 1.6-liter turbocharged petrol engine might also be updated to deliver close to 200 horsepower for its new sporty model. Nissan might also add their great all-wheel drive system for the top end petrol engine which was previously unavailable. A six-speed manual will remain standard while the odd CVT should still be an option.

The Leaf is the best-selling electric car ever made, but the current generation has …
UPDATE Jul 4, 2017/ After many rumors about a new version of the RDX, …
So far the 4Runner has been one of the perfect true SUVs offering not …