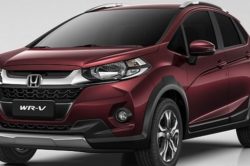 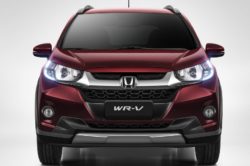 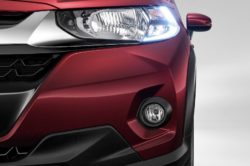 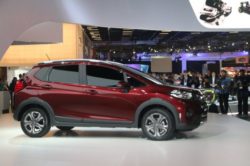 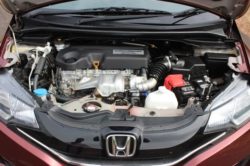 The third generation of the Fit has been introduced back in 2013 and since then it has been released in numerous markets around the world. The car is one of the more successful subcompacts out there and it managed to fit a wide variety of markets. However, there are a few countries out there needing more than just a compact city car. Well, not that long ago the 2017 Honda WR-V was released which is nothing more than just a Fit with a slightly different running gear and a new look. The car is actually based on the same chassis as the Fit and it does share quite a few parts with it.

Even though it has been unveiled only a few weeks back, the car will be released in showrooms in the next couple of months. Honda will be targeting South-East Asia with it but in the future, it may also hit the European and African markets. So far it seems that it will start right around the equivalent of $15,000 and it will be marketed under the HR-V despite sharing a very similar chassis and being roughly the same in size.

One of the best traits of the 2017 Honda WR-V is the way it looks. Honda tried their best in order to offer an interesting car and we have to say that they actually pulled it off. They started with the same body as the Fit but they modified it in order to become more muscular. The doors, the glasshouse, and the tailgate are mostly identical to the regular model.

However, its tail lights have been altered in order to create the impression of a wider overall car. The front end went through a similar update as well. The hood is nearly identical but the headlights, grille, and bumper are all new. Also, the Honda WR-V 2017 comes with black plastic inserts all around the car which are there to protect it from scuffs. Honda also added roof rails and a bit more chrome than on the Fit but thanks to the muscular lines of the car, these really fit it well.

Even though the exterior is basically all new, the interior of the WR-V is actually nearly identical to that of the Fit. The car has the same dashboard, driving position and equipment level. As standard, it gets a seven-inch infotainment system, which is one of the better in its class, climate control, and a multi-functional steering wheel. The materials are good for this type of car and the buyer can also opt for a few more features such as partial leather upholstery or a rear-view camera. All of these make for a really good package at this price point.

Engine – Under the hood

The 2017 Honda WR-V will get different engines depending on the market it will be sold in. In India, it is expected to come as standard with a 1.2 liter naturally aspirated VTEC unit with up to 90 horsepower and 114 Nm of torque. This is a rather new unit which has been first seen on the Fit a couple of years back. This will be mated to either a six-speed manual or a CVT gearbox and so far it seems that front wheel drive might be the only option.

A diesel unit is also going to be made available. Like with Honda’s other entry-level models, a 1.5 liter turbocharged inline 4 with around 100 horsepower and 200 Nm of torque will be the option. Unlike the gas powered car, this one will only be available with a six-speed manual gearbox. Honda might also add an all wheel drive system but this has not been confirmed up to this point.

Previous model of Buick Avista set the world on fire. It came with 3.0-liter …
Kia Optima is a four-door and five-door sedan which is sold all over the …
When it first appeared on the market, the CR-Z was a light sports car …