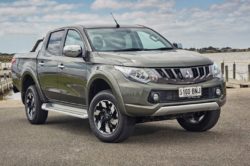 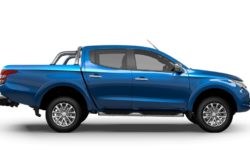 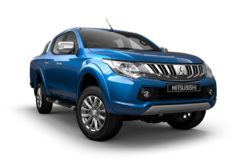 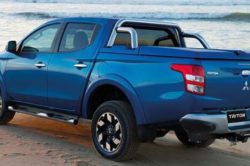 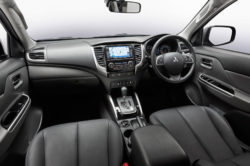 2018 Mitsubishi Triton – The current Triton has been released back in 2014 and went on sale in early 2015. The truck builds on the success of the previous model having a very similar design underneath the new body. It also gets new engines and a slightly better suspension system. However, it is not perfect and it still lacks some features when compared to its rivals. For starters, the ride quality in the current Triton is as bad as it gets for a truck in this class. Because it still uses leaf springs in the back and a rather basic solid-axle setup, it is quite bouncy when driven without weight in the bed. On top of that, even when it is loaded the Triton isn’t that much better and it pales in comparison with the Navara or the Amarok.

Because of these problems, not that long ago rumors started spreading about an updated 2018 Mitsubishi Triton. This would address the ride quality issue and it would also improve the cabin which is average at best. The release date is still unknown but it seems that the truck may be first revealed in late 2017. It would then go on sale shortly after for a similar price to the current model. In Australia, the new Triton is still expected to cost anything between around $24,500 and up to $48,000 in which case it would become one of the most expensive trucks in its class.

The current model of the Triton has a rather polarizing design which will make you love it or hate it. For those who love it, things will just become better. The new 2018 Mitsubishi Triton is going to remain mostly identical to the current version. The grille, headlights, bed and the general look will be the same as before. However, Mitsubishi is expected to add a few new color options to the range as well as a few new rims. More accessories are also going to be added in the meantime such as new bed covers, LED lightbars, and even new bull-bars. These will be available through official Mitsubishi dealerships and they will be covered by their warranty as well.

Inside the cabin of 2018 Triton

On the road, the Mitsubishi Triton 2018 is quite comfortable and the cabin is actually more spacious than those of its rivals. However, when going off the road or even on bumpy roads, the suspension is quickly overrun. The 2018 Mitsubishi Triton is expected to change that by getting a revised rear running gear. This should be able to control the car even when empty, so the overall experience will greatly improve. On top of that, the new model might also add some better materials in certain areas throughout the cabin.

Even though it is not the most powerful, efficient or refined truck in its class, the Triton offers a really good compromise between everything. The 2.4-liter petrol engine and the 2.5-liter diesel are only available in few countries. The one most markets will receive is the new 2.4 liters turbocharged diesel which has been released with the fifth generation of the truck. This can provide a rather impressive 180 horsepower and 430 Nm of torque which is very close to some of its rivals.

With it, the Triton will tow up to 3.1 tons which are also slightly lower than the competition. While it doesn’t win on power, the engine is reliable, quite efficient for what it is and smooth. Even though it still has some noticeable turbo lag, the engine makes a really good pair with either the six-speed manual or five-speed automatic. The optional four-wheel drive system is a must because it makes the Triton the most capable truck in off-road in this class.

It is not a secret that we love Hilux. If you are a regular …
The GTO is an iconic American muscle car which has been discontinued mostly because …
Jun 9, 2017  Update – The Land Cruiser Prado is Toyota’s baby luxury SUV which …