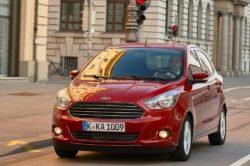 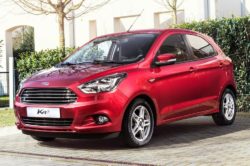 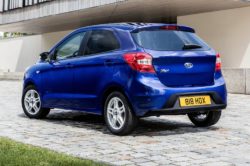 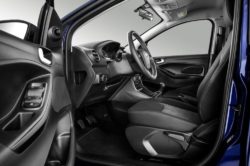 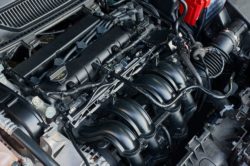 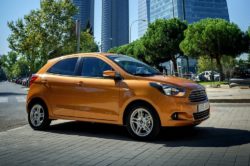 Because sales of cars under €15,000 accounted for more than 15% of the total sales of new cars in Europe, Ford decided to release an all new model. The 2017 Ford Ka Plus is a new car which has been released as a successor for the old Fiesta. We know this sounds strange but there is a good reason for that. The all-new Fiesta is considerably more expensive than before starting at over €14,000 in its base trim level. It is also larger and better equipped which means it has new rivals as well. The older model was available in some markets from as low as €9,000 so Ford had to come up with a replacement. The new Ka Plus replaces the older two-door Ka as well as the base models of the older Fiesta. It starts right around the €10,000 and it comes equipped very well for how much it costs.

The Ka Plus is actually using the same platform as the 2002 to 2008 Fiesta and not the revised version found in the 2009 model of the car. This rather interesting move has been made mostly because the Ka Plus has been developed in Brazil where the Fiesta remained mostly unchanged since it was released. This design approach allowed Ford to keep development costs down and come up with a four-door hatchback roughly the same size as the MK6 Fiesta. The great part about it is that it comes with the latest gear and safety features while not costing an arm and a leg. The car is already available for sale in most markets around the World where it started to get a lot of market-share which is always great for a new model.

Even though it shares roughly the same size as the 2002 Fiesta, the 2017 Ford Ka Plus actually has a slightly longer wheelbase. This means shorter overhangs which make for a bulkier overall look. The front end is quite reminiscent of the new Fusion with Ford’s new corporate grille. However, the headlights are quite large and the bumper seems to be quite sporty for this class. The rear end is similar to the new Fiesta with the side-mounted tail lights and the rather narrow opening for the tailgate. 14 and 15-inch wheels are available with the top end trim levels receiving alloy wheels as standard.

Inside the cabin of Ford Ka Plus 2017

There is an incredible amount of space in the 2017 Ford Ka Plus. Even though it is a very small car, four adults can sit quite comfortably in it. The base European model gets four airbags, air conditioning, an infotainment system with Bluetooth and USB connectivity as well as a trip computer. The higher end model adds Ford’s Sync infotainment system, keyless go, steering mounted controls, ESP, automatic climate control and even four electric windows which is impressive for how much it costs fully loaded.

Depending on the market it’s being sold in, the Ford Ka Plus 2017 can be had with a choice of petrol and diesel engines. The base car usually gets a naturally aspirated 1.2-liter unit good for either 69 or 84 horsepower. The latter gets variable valve timing to generate the extra oomph. A 1.5 liter turbocharged inline 4 diesel is going to be added in the near future as well. So far this is only available in select markets where it makes 99 horsepower and 215 Nm of torque. It is both faster and considerably more efficient than its petrol counterpart. Brazil also received a 1.5-liter petrol engine with 110 horsepower and 136 Nm of torque which can run on E85. A five-speed manual is the only choice for now.