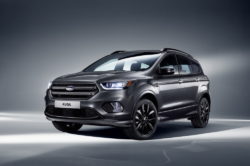 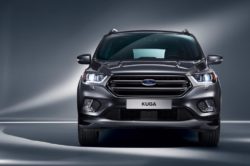 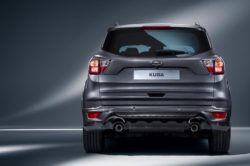 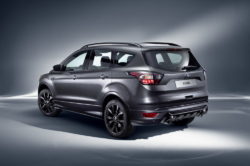 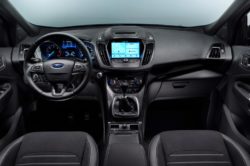 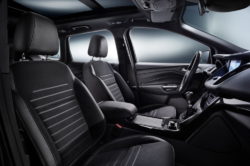 We are getting lots of question regarding Ford Kuga. Is it a trim of the Escape? Is it the same car as Escape? Or perhaps it is a successor of the Escape? Things are little confusing but let’s get them straight. Kuga is not a trim of the 2017 Kia Picanto – Everything We Know So Far Escape. It is the nameplate used for the third generation of the Escape, but only in non-US markets. Kuga can also be seen as a successor of the Escape. We hope we could clarify the issue regarding the name and we’re happy to announce the 2017 Ford Kuga is hitting the market soon. Since the release date is quite close there is plenty of information about it.

The platform of the new model is completely the same as before. Kuga is based on the C1 platform, but it is not the only car that uses this platform. Also, Ford C-Max and Ford Focus are based on the same platform. This five-door compact SUV also shares lots of features with Fiesta and Mondeo. According to the official data released by Ford, sales are growing year by year. Last year they had almost a quarter of the European market and they are hoping to get at least 27% of the market by the end of 2018. This means it is expected 2017 model to be even more popular than the previous models.

A few different choices are going to be offered. It is most likely that the top choice is going to be a 1.5-liter EcoBoost with all-wheel drive mode. This unit comes with an output of 179 hp. Mileage of this engine is stunning since it can reach 38.2 mpg. However, when it comes to CO2 emission it cannot brag with exceptional figures. With 171 g/km is at the bottom of the lineup. This engine is also combined with front-wheel drive and comes in two different variants – 148 hp and 118 hp. These two combinations have even better mileage. With 45.6 mpg they are better than the first choice, but still, they are not top of the offer in terms of mileage.

The engine with the best mileage and lowest CO2 emission is a 1.5-liter TDCi. It delivers only 118 hp, but its mileage is estimated at 64.2 mpg! I bet you cannot name three vehicles with better mileage than this one. In addition, there are two more units that complete the engine lineup of the 2017 Ford Kuga. A 2.0-liter diesel delivers 148 hp while 2.0-liter TDCi is more powerful and generates 177 hp. Both of these engines come with exceptional mileage and low CO2 emission.

As you can read it the second paragraph the 2017 Ford Kuga shares lots of features with Focus, Fiesta, and Mondeo, but with Edge as well. In fact, you can see that by yourself if you compare these two cars. However, the interior remains a mystery. There are no official shots of the cabin thus we can’t see what modifications 2017 mode is going to have. In our opinion, it can get sportier seats than its predecessor. The seats should be wrapped in leather and should have contrast stitching. Contrast stitching will be seen in other places as well. Ford also announced the infotainment system should be upgraded and so far this is all we know.

Price depends on the trim level. For instance, the ST model is going to cost $34,079 while the other trims will have a lower price. The base model should cost around $27,500 which seems reasonable considering what the 2017 Ford Kuga offers. When it comes to the release date all sources tell it will be released by the end of 2016. This means that if you are reading this article in 2017 this car is already on the streets.

In 1982 Nissan launched Sentra as a subcompact car. However, 18 years after the …
After missing from the WRC for more than 16 years, Toyota is finally going …
It is difficult to please everyone. Perhaps you wish to buy a luxury good-looking …