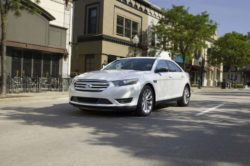 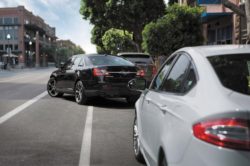 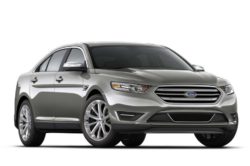 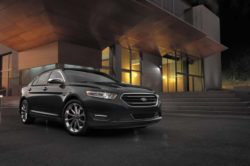 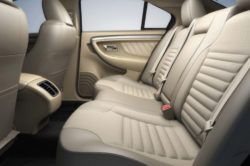 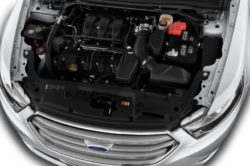 2017 Ford Taurus – It seems that everybody forgot about Ford’s Taurus. The car has been around for quite some time and it still is available for sale in the US. However, the car sold now it based on an ancient platform so it is heavy, not that fuel efficient and it has one of the smallest interiors among large cars. A new Taurus has been rumored for a while but so far Ford only launched a Chinese version of the new model. This is based on their CD4 modular platform so it is much lighter than the US version. On top of that, it is also similarly powerful, a lot more fuel efficient and faster as well.

Why do we still get the old model then?

It seems that Ford doesn’t think the Taurus has a place on the market. Luckily, though, some of their rivals proved them wrong and a 2017 Ford Taurus might just come on the US market. Like you would expect from it, the car is more than likely going to be the same car released in China a while ago. Unfortunately, though, Ford doesn’t really have a factory suitable for building it. This means that the US version might be built in China and imported in the US.

This would likely increase the price and it would not appeal to most US customers who do like their cars to be built on American land. We do hope that Ford somehow manages this situation and come up with a replacement for the aging model, especially now when cars like the Maxima or the new LaCrosse dominate the full-size sedan market.

Must Read:
2017 Pontiac Trans Am Review

The Chinese 2017 Ford Taurus looks very impressive but it doesn’t really look like a Taurus. Instead, the car looks a lot more like a Lincoln Continental with a Fusion front end which is pretty much what it is. The US model will likely go through a major facelift in order to better fit the US market. We do expect Ford to come up with a sportier look and a lower in order to keep the competition low for their higher end Continental.

However, while we do expect changes on the outside, we are quite sure that at least on the inside the two cars will be close to identical. The Chinese Taurus has been built in cooperation with Ford Australia and it features a really minimalist interior. There is a large center infotainment screen, the instrument cluster is quite impressive for a car at this price range while the actual cabin is noticeably larger than that of the current Taurus. The US model will likely add a few safety features but most of the car will likely remain the same.

A similar story should happen here as well. The 2017 Ford Taurus will likely feature two different engines, at least for starters. The base car is expected to make use of Ford’s new 2 liters turbocharged inline 4 petrol engine which currently makes 245 horsepower and 275 lb-ft of torque. This is a good compromise between performance and fuel consumption and it should do great with the Taurus’ much lighter body. The top end model will likely feature a 2.7 liter twin-turbocharged V6 which is expected to offer 320 horsepower and 350 lb-ft of torque.

These two engines are also available on the Fusion, Edge, and a few other cars and both of them proven their reliability and performance. A SHO model is not out of the question either. This might get a newly developed engine but it still is quite early to say anything about it. Like with the Chinese model, front, and all-wheel drive will be available with the only available transmission expected to be offered to be a six-speed automatic.

New Taurus should fit somewhere between the Fusion and the Continental. To do this it would need to be priced in the region from $30,000 to $45,000 depending on the trim level. This would make it up to $2000 more expensive than the current model sold in China. Price would be justified by lighter materials used, improved efficiency and upgraded infotainment system. Not much can be said about the release date but from gathered info, it should find itself on the market before 2018.

If Ford fails to launch it in the next two years we can expect it in 2019 when is the time Fusion and Focus are scheduled for a redesign. With future addition of Bronco, Taurus and Ranger Ford will have almost all segments covered.

A similar story should happen here as well. The 2017 Ford Taurus will likely feature two different engines, at least for starters. The base car is expected to make use of Ford’s new 2 liters turbocharged inline 4 petrol engine which currently makes 245 horsepower and 275 lb-ft of torque. This is a good compromise between performance and fuel consumption and it should do great with the Taurus’ much lighter body.

There are three Japanese brands created specifically for the American market. Lexus, Infiniti, and …
Have you heard of 2017 Jaguar XE? If you haven’t heard about it so …
After missing from the WRC for more than 16 years, Toyota is finally going …