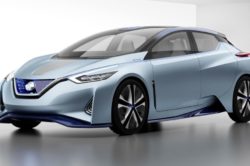 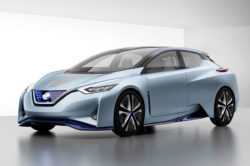 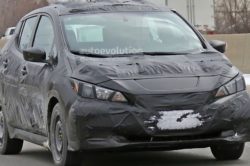 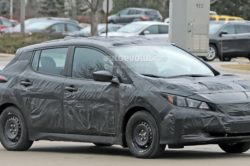 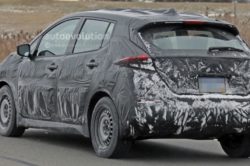 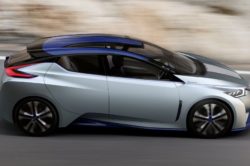 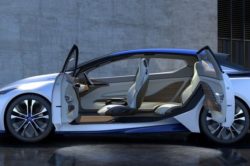 The Leaf is the best-selling electric car ever made, but the current generation has been around for a while. Because of that, it can’t compete anymore. Luckily an update is on its way. After quite a few rumors, it seems this new model will be released as the 2018 Nissan Leaf. The car is set to come with a higher range, better engine, and a much nicer interior. Even though there will be quite a few more competitors than when it was first released, the new Leaf should remain at the top of its class as it will be one of the cheaper cars in its class.

Even though Nissan decided to keep quiet about the new model, the car was spied numerous times wearing camouflage. It was seen last a few weeks back when it was barely camouflaged with a wrap. Thanks to that we were able to see most of the car’s design lines and some of its other features as well.

It looks like the early rumors that said the Leaf would look like the Sway Concept are partly true. Even though the new model is based on the same platform as its predecessor and it uses roughly the same glasshouse, it seems to look quite a bit more modern. The car features swept-back headlights, a V-shaped grille instead of the grille-less front end of its predecessor and it seems that it also has air intakes at the bottom. The wheels seem to be 17-inch rims wrapped in low-rolling resistance tires, and all the lights on the car are LEDs. The interior has yet to be revealed, but it looks like Nissan will offer a more conventional design. The car will still offer all the bells and whistles you would expect, but it will do it in a much nicer package.

It has been confirmed a while ago that the 2018 Nissan Leaf will be powered by a new 60 kWh battery. Even though Nissan didn’t reveal much more, we can safely assume that this boasts a cooling and heating system due to the grilles found on the car’s front end. This should allow it to offer between 210 and 220 miles of all-electric range even in the winter which was impossible with the previous generation. The car will remain front-wheel drive, but it seems the electric motor will be upgraded to offer slightly better efficiency than before at highway speeds.

UPDATE Apr 24, 2017/ Released in 2010, the Leaf is one of the first commercially successful electric cars. The car is still available, but it can’t match some of its rivals anymore. Luckily though an update is one its way. Not that long ago the 2018 Nissan Leaf has been spied wearing lighter camouflage than before. Thanks to that we can see some really interesting design choices. For starters, it seems that the car might be using the same platform as before. This is not really a bad choice for Nissan at it allows them to direct research and development costs elsewhere. However, it does mean that there will be mostly the same amount of space inside as before as well as a similar driving position.

Considering that the camouflaged model looks pretty much done, it is safe to assume the production model is not that far away. The car is expected to be showcased this winter and hit the market in early 2018. The price is more than likely going to stay the same as before. At right around $31,000 the Leaf will be able to compete with all the latest electric cars released or soon to be released.

The 2018 Nissan Leaf will definitely borrow cues from the 2015 IDS concept. This means that instead of the odd design of the outgoing model, the 2018 version will look a lot more conventional. This will definitely improve the way people look at it as well as the sales as a direct result of that. In the front, it seems that it will boast a V-shaped grille under the V-shaped hatch for the charging port. The headlights are much slimmer and arched towards the back, similar to Nissan’s latest cars. Both the hood, bumper and rear hatch make the 2018 Leaf quite similar in design to the latest Micra.

However, the doors and all the windows seem to be taken straight out of the current model which means it will retain the minivan look. The wheels boast a new 5-spokes design which is pretty much identical to that of the IDS concept. The vertical rear tail lights are going to be replaced by horizontal ones so that the car will seem wider than before.

The Leaf is not as bad as some made it seem to be. In fact, there is more room inside and better materials than in most of its rivals. The new car will retain these traits and further improve on what it was missing. The 2018 Nissan Leaf will likely get an adaptive cruise control system, a larger infotainment screen as standard as well as a digital instrument panel. There will still be five seats, but the rear seats might slide in order to make more room for passengers or luggage.

The current car gets little over 100 miles which significantly drops in cold weather. This is because it doesn’t have a battery cooling and heating system. This is more than likely going to change with the new model. On top of that, it seems that the base model will get a 40 kWh battery lighter than the current car’s 30 kWh unit. Also, a 60 kWh battery will likely be installed in the range topping model. The base version of the Leaf is expected to get more than 160 miles on a single charge with the top end version offering anything between 200 and 250 miles.

The integrated charger will likely be improved across the range. Also, with the help of a fast-charging system, it is expected to charge from 0 to 90% in less than 45 minutes which would make it a real alternative to a gas-powered vehicle. 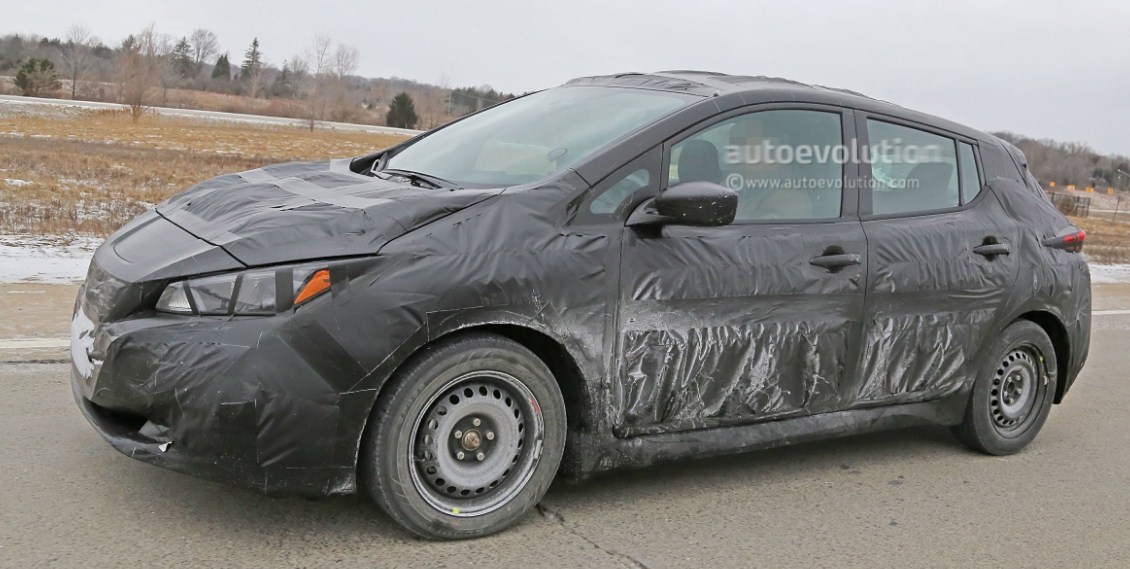 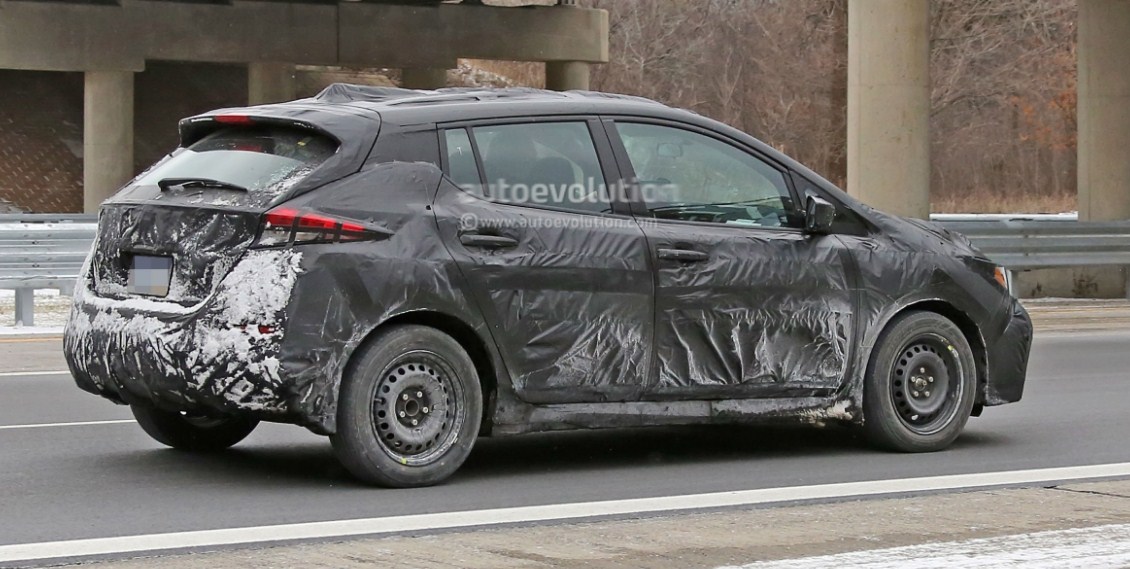 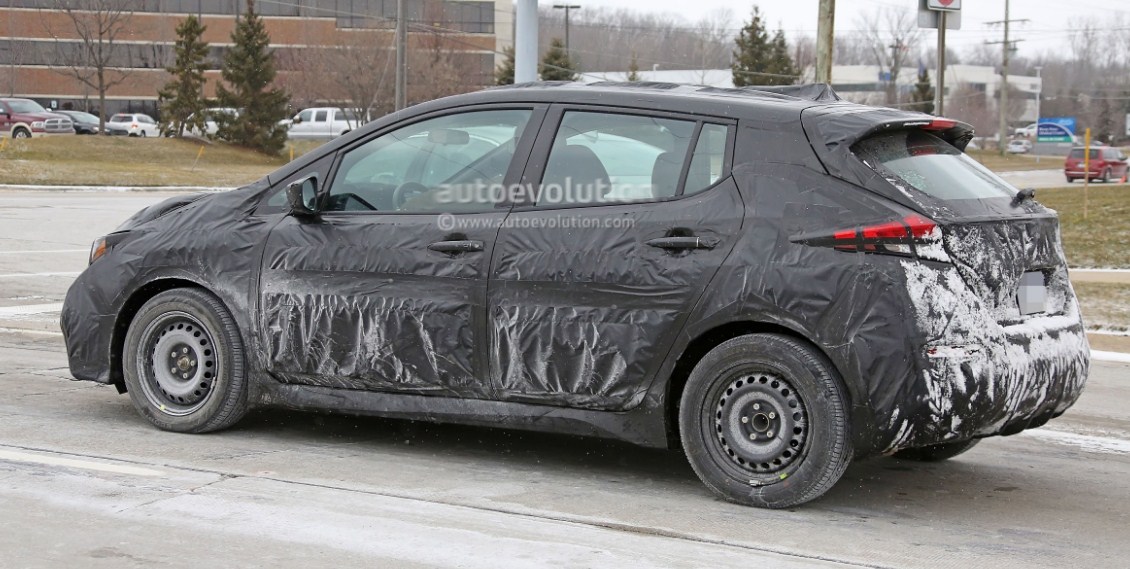 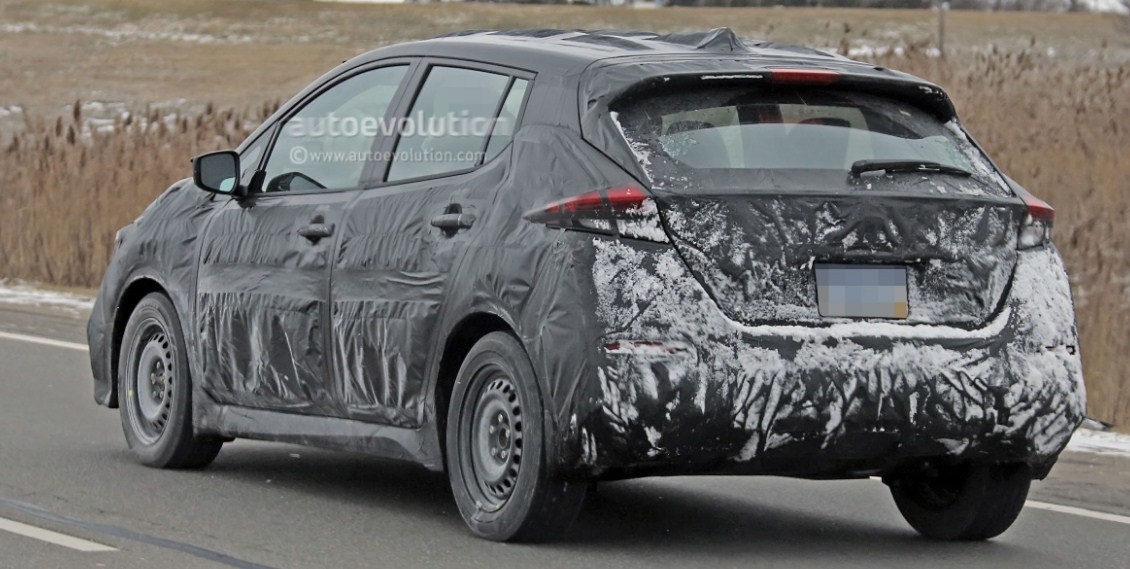 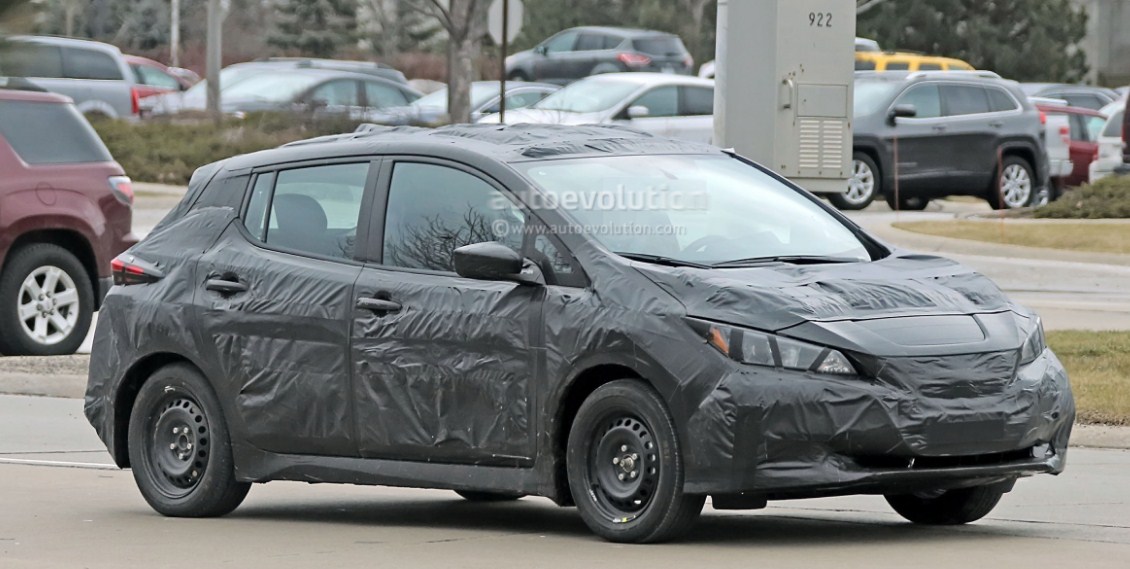 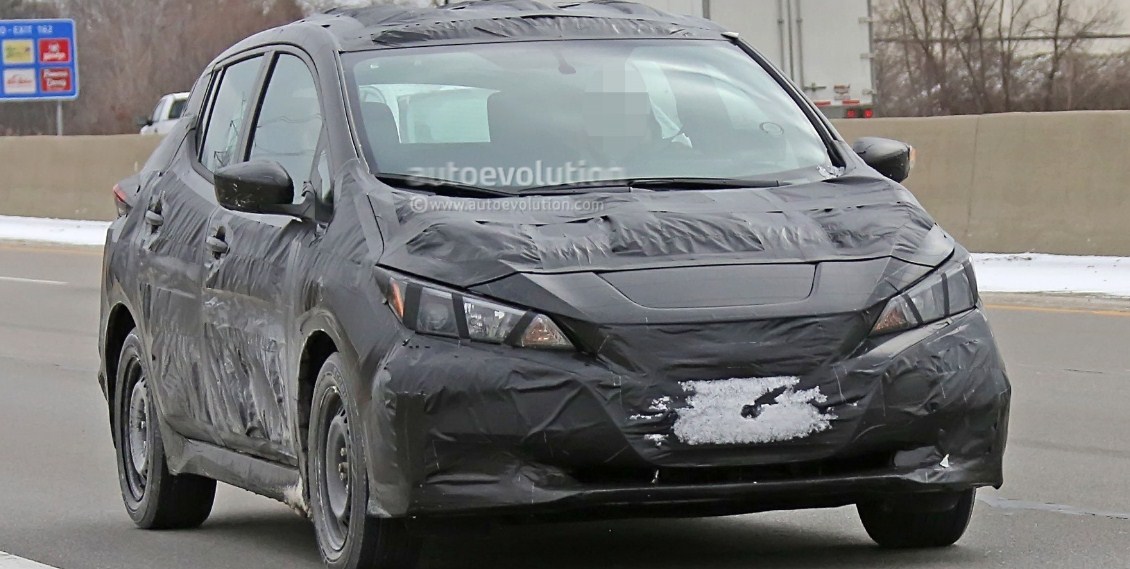 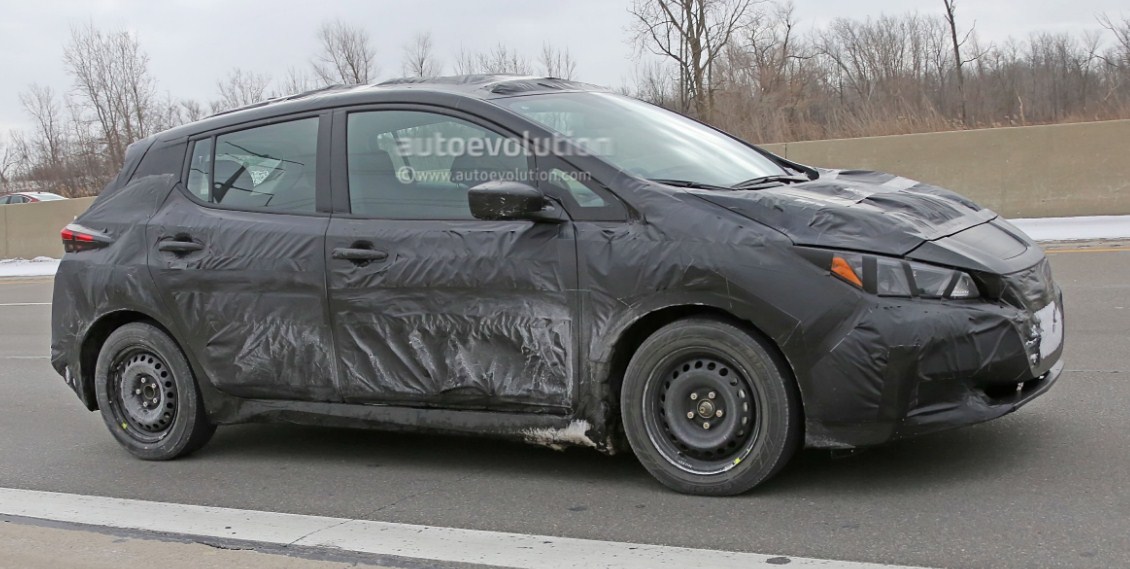 Sep 16, 2016 Review / The electric car market is growing and it will inevitably take over the whole market sooner or later. There are more and more car manufacturers on this market every year, cars are getting better and better and their price drops every year. In our opinion, current high-flyer is Tesla, but we are aware of the fact this is questionable since they are still in the red. Other candidates are usually Japanese companies, such as Toyota, Nissan, Hyundai, etc. However, there is one car that was one of the first electric cars on the market and with the future, the model is coming with a big update. We’re talking about 2018 Nissan Leaf that is going to get a huge improvement comparing to the current model.

Current model comes with two different variants under the hood. Every driver can choose between 24 and 30-kWh battery pack. The first choice offers only mile range of 84 miles which is far below the competence. This is the biggest problem with this battery pack but, luckily, there is one more. A 30-kWh unit enables mile range of 107 miles which is not outstanding, but still better than the first option. Newest models manufactured by Tesla have a mile range far over 200 miles thus Nissan had to do something. According to the latest announcements, it is going to get a new battery pack which is going to have better mile range than these two.

There are already some electric cars on the market that have mile range above 200 miles, such as Model S, Chevy Bolt, and many others. 2018 Nissan Leaf is going to be the very first Leaf that will join the 200-mile club. Nissan reacted to the growing demands of their customers and developed a 60-kWh lithium-ion unit. Thanks to this unit new Leaf will get between 210 and 220 miles of range. We hope they will not stop there and they will put a lot of effort in delivering even better battery pack. Apart from this unit, 2018 model should come with both 24 and 30-kWh batteries.

You can even find the information stating that mile range will be around 340 miles but we believe this is nothing more than an exaggeration. We’re still waiting for Nissan to publish acceleration and the top speed which is will definitely go to change.

We put all focus on the battery thus we would like to discuss a little bit about design. If you are not here by accident and you know how Leaf looks like then you will not be surprised with the 2018 Nissan Leaf. It looks futuristic and is one of the best design solutions developed by Nissan. There are sharp lines all over the front fascia as well as narrow headlights. It seems that exterior won’t be much changed but there is some speculation about the cabin.

Inside the cabin, cutting-edge technology will be used. Leaf has always come with top-notch tech features and they are going to be updated. However, we must wait for the exact details. There are some indications that safety will be enhanced but there are already all standard features that come with any vehicle manufactured by Nissan.

Unfortunately, when it comes to releasing date and price of the 2018 Nissan Leaf there are only rumors and assumptions. Production will start at the end of this year which means we might see it on the market at the beginning of 2018. However, this is yet to be confirmed by CEO or any other Nissan official. In order to stay competent, they cannot increase the price of the 2018 model. New models produced by Tesla Motors cost less than $40k and we strongly believe new Nissan Leaf won’t exceed this figure.

There are already some electric cars on the market that have mile range above 200 miles, such as Model S, Chevy Bolt, and many others. 2018 Nissan Leaf is going to be the very first Leaf that will join the 200-mile club. Nissan reacted to the growing demands of their customers and developed a 60-kWh lithium-ion unit. Thanks to this unit new Leaf will get between 210 and 220 miles of range.

The ongoing Megane has been released back at the end of 2015, but it …
Sold for little over three years, the Aviator is one of Lincoln’s shortest lived …
Since its debut 40 years ago Fiesta has sold 16 million vehicles. It is …