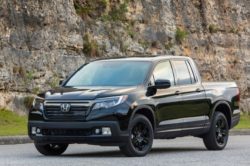 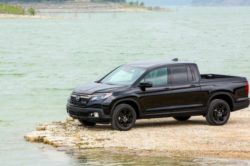 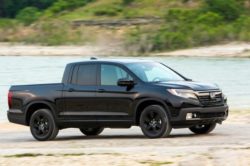 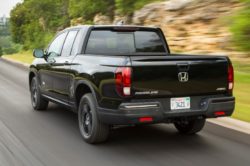 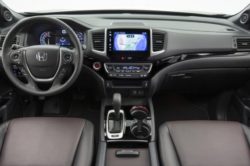 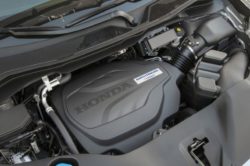 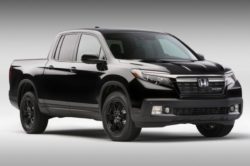 Update: Ridgeline is basically chopped up Pilot, so it was always tremendously cheap to develop. Two years of hiatus after the first generation never made Honda questioning the birth of the successor, due to stated reason, and one managed to appear last year. After some brief time on the market, arrives 2018 Honda Ridgeline, basically the same, but some slight alteration in pricing and trimming strategy is on the menu.

You are probably nagging already, predicting price bump of the already most expensive mid-size truck. You are right but stop complaining because of two big reasons. First is the fact that price is raised by mere $155, stopping at $29,630, which is definitely not a big deal. Second is pricing strategy of rivals which, if you pay attention to it, doesn’t differ so much from our Honda here.

Seven-eight grand price difference compared to GM’s boys melts down to three grand difference if you go for crew cab option which is only one existing with Ridgeline. And surely the only one that everybody ever wishes for. So, it’s not that scary after all.

Unfortunately changed trimming strategy could make whole deal scarier than before. Second RTS trim is deleted, making four grand gaps between base and Sport trim. Why is that so important? Well, first in the line RT level is now purely FWD, while AWD becomes an available $1,900 option on mentioned Sport and remains so till two last trims- RTL-E and Black Edition where it is standard.

In short, mentioned shuffle just made AWD further away by $3,695 than before, yet only if you haven’t planned already to stretch to higher echelons anyway. A tool that sends power to the wheels hasn’t changed and naturally-aspirated 3.5-liter V-6 rated at 280 hp and 262 lb-ft of torque, remains as the only option, along with six-speed automatic.

RT starting ground brings 5-inch infotainment screen, cruise control, audio system with a decent number of speakers (seven), and lack of need to turn the keys for a start, besides other stuff. Sport model starts at $33,170 and fortunately from now on, it doesn’t have to be so black. Jokes aside, for 2018 apart from black paint, two additional ones emerged, White Diamond Pearl and Lunar Silver Metallic.

Also, besides a dash of sporty visual flair same trim carry some luxury amenities like keyless entry and automatic climate control working in three zones. Further up, $33,930 RTL trim nets your leather upholstery with heated front seats capable of multiple point adjustment done by buttons. If you are a tech geek, you won’t be satisfied until you reach $36,080 RTL-T level, which introduces bigger 8-inch screen capable of displaying Apple Carplay or Android Auto and embedded navigation system.

Audiophiles and safety-phobic have to stretch even further for $41,620 RTL-E model with 540-Watt audio system and HondaSensing protection bundle. Top of the line is $43,120 Black Edition with tasteful exterior blackness, followed by flamboyant cabin adding red depicted in patches of leather, contrast stitching, and ambient lighting. And that would be it as far as 2018 Honda Ridgeline goes.

The second generation of Ridgeline was launched at the North American International Auto Show in January this year. The first member of this generation has brought many improvements, but it also shares a lot with the previous one. Ridgeline is still a unibody vehicle with the same engine as before. Well, at least the first model. It is also equipped with Intelligent VTM-4, Eco Assist System, Honda Sensing, Tire Pressure Monitoring System, Honda LaneWatch, etc. It’s been only seven months since 2017 model was released, but there are already rumors and speculations about the 2018 Honda Ridgeline.

2018 model won’t be much different than its predecessor and it will have all those new features which were introduced with the second generation. There are huge differences in both styling and technology. One of the new things is Advanced Compatibility Engineering body structure. The first generation had “only” five trim levels while the second one has two additional trims. 2017 model came with the in-bed audio system.

Thanks to this system speakers can be controlled by a smartphone. With the 2018 model, Honda hopes to increase sales which have fluctuated for a few years. Approximately 6,000 units were sold by the end of June so Ridgeline is on a good way to be back on track.

As well as the previous model, 2018 Honda Ridgeline is going to be a unibody vehicle. Not just it takes after 2017 model but it also shares a lot of features with Honda Pilot. Since this is the second member of the second generation we didn’t expect any significant modifications. And apparently, we were right. New Ridgeline will look almost exactly the same as the predecessor, but you will also be able to spot some minor refreshments.

Cargo space has been enlarged to 5.4 inches in width and 4 inches in length. It’s not that 2017 model had a small cargo, but additional space can come in handy. It is expected that an eight-inch display will be placed on the dashboard and will feature the same infotainment system as before. Please have in mind that interior features depend on the trim thus higher trim levels will be better equipped. All in all, cabin should differ much from the cabin of the current model.

Although new model brought many changes, the engine was not one of them. A well-known 3.5l six-cylinder is used in the current model, but it has been improved especially for Ridgeline. This engine is actually the very same engine used in Honda Pilot. The 2018 Honda Ridgeline won’t be any different than its predecessor, in terms of powertrain. This means it is going to have the 3.5l under the hood which is powerful enough, but there are some indications it will be improved for the 2018 model.

Even though official figures haven’t been released yet we can discuss them. The current unit generates 250 horsepower and 247 lb-ft of torque. It is quite possible that these figures won’t change, but Pilot is getting an improved variant of this V6. New Pilot is supposed to come with an output of 280 horsepower and 262 lb-ft of torque which is an increase that shouldn’t be neglected. It would be great to see this variant under the hood of new Ridgeline but bear in mind that the regular 3.5l delivers the goods. There are also some speculations about fuel economy, but nothing too serious. As soon as EPA rating is released we’ll update this review.

The most probable release date for the 2018 Honda Ridgeline is the end of 2017 or early 2018. However, it might come even earlier since the last model was launched in January this year. Roughly, a price of the new model should be $30,000 in the US and Canada which is around the average in this category.

Although new model brought many changes, the engine was not one of them. A well-known 3.5l six-cylinder is used in the current model, but it has been improved especially for Ridgeline. This engine is actually the very same engine used in Honda Pilot. The 2018 Honda Ridgeline won’t be any different than its predecessor, in terms of powertrain. This means it is going to have the 3.5l under the hood which is powerful enough, but there are some indications it will be improved for the 2018 model.

UPDATE: The 2018 Lincoln Navigator has been finally revealed, and it is a far …
When it was launched in the early 2000s, the Veyron became the fastest production …
The Honda S2000 is one of the best convertible sports cars ever made and …