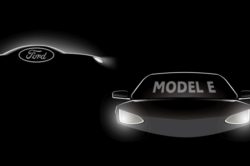 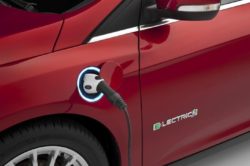 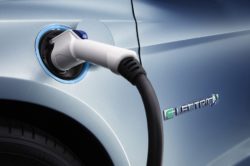 Electric cars were science-fiction just ten years ago and now we already have them on the streets. Not just they have become a normal part of our daily lives but some of them are actually affordable for an average driver. The biggest issue is always mile range. However, thanks to cutting-edge batteries and modern technology some car manufacturers extended mile range to almost 300 miles. Currently, a leader in the electric car market is Tesla with its Model 3, Model S and Model X. Apart from the American car manufacturer, there are few of them based in Japan: Nissan, Toyota, and Hyundai. At this moment they offer electric cars with the greatest performances. However, one more manufacturer is delivering a new vehicle to the market –Ford with the 2019 Ford Model E.

Information about this model is incredibly scarce and it’s really difficult to find any detail about it. However, we went an extra mile in order to collect as many details as possible. According to few blogs name of the upcoming electrified vehicle will be Model E. However, there are no indications what the “E” stands for. Presumably, it can mean “Electric” or it can even have several different meanings.

One blog suggests “E” stands for “everything” since the 2019 Ford Model E should be available in multiple style variants. Many experts think it will resemble Ford Focus and it will be offered as a compact car and crossover. At this moment there are no pictures of how these two can look like and we cannot tell anything about their design. Focus-based E model is going to share the platform with the next-generation of Focus. This doesn’t mean they will look exactly the same and they will surely have lots of different characteristics.

Reportedly, Ford will use the same strategy as Hyundai uses with Ionic. Besides the all-electric car, two more variants should be offered: hybrid and plug-in hybrid variant. And how do we know all of this? Last year Ford announced it would invest $4.5 billion in green vehicles. According to the same statement, the American car manufacturer should launch 13 plug-in hybrids, hybrids, and all-electric vehicles by the end of 2022. However, any additional information about these variants is unavailable. In our opinion, it is pretty difficult to meet this goal. Thirteen vehicles seems a lot and if they launch just five or six by 2022 we’ll be satisfied with this result.

Perhaps the most interesting characteristic of any electric car is mile range. At this point, it is difficult to discuss the mile range of the 2019 Ford Model E, but nevertheless, there are some predictions. It’s hard to believe it can beat Tesla’s models. According to several blogs mile range of the Model, E will be 161km. We hope that until 2019 Ford will improve its batteries or at least to find another way to increase mileage.

Competition is getting tougher in this field and Ford needs to put a lot of effort in order to get a significant share of the market. It’s good news for them that this market is growing and they will be able to position themselves here. In the US, besides Tesla, Chevy Bolt is also quite popular an all-electric car. Its popularity is growing thanks to great performances and it will surely be improved until 2019. On the North American market, there are also several Japanese electrified vehicles. The most popular are Nissan Leaf and Toyota Prius.

Ford is still far away from launching the 2019 Ford Model E and there are still lots of details that need to be published. We’re still ignorant about the battery pack that will be used. All in all, Ford’s electric model will definitely change the situation on the market once it is released.