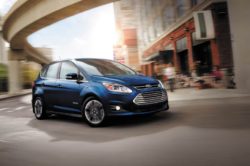 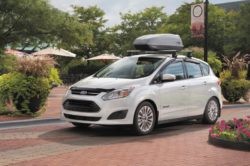 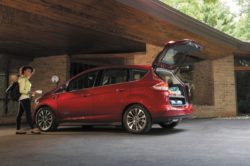 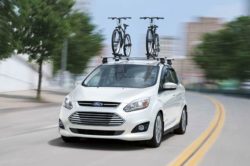 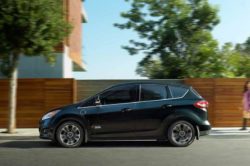 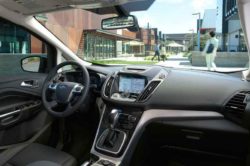 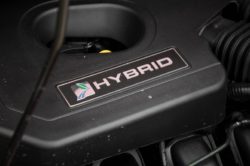 At the end of 2014, Ford was releasing the newly updated C-Max for the European market. This received an entirely new design which was more in line with Ford’s other cars. While most of us thought that the US model was going to receive the same upgrades, this was not the case. Instead, the 2017 Ford C-Max is nothing like its European counterpart. It looks quite a bit more different than its sibling and the changes are not as important. This is a very interesting move by Ford considering that most of their models are now Global.

The US model is nothing but a small facelift over the original. However, the pricing scheme has been adjusted quite a bit and the new model is now one of the most competitive cars in its class. It gets new gear, a much lower price and the same great build quality as before. The new 2017 Ford C-Max starts at just over $24,000 which is roughly the same as before.

We mentioned the design of the 2017 Ford C-Max did not change as much as that of the European model. Instead of receiving an entirely new front end, the car has to do with a new front grille, similar to the grille on the Fusion and that’s about it in the front. It also gets new headlights which are slightly more angled giving the car a more aggressive feel. It gets new wheels, a new set of tail lights and slight changes to the stance. Thanks to the new wheels which have a different offset, the Ford C-Max 2017 looks a lot more planted than before giving it a sporty vibe.

Not much changed here and that’s fine. The 2017 C-Max offers one of the better interiors among most hybrids and thanks to its MPV-like design, it is also one of the roomiest cars around. The instrument cluster is clean with a speedometer in the center and two LCD screens on the sides which offer all kind of information to the driver. The rest of the car is pretty much identical to its predecessor which is to be expected from a small facelift. The largest update is the Sync 3 infotainment system which has now been coupled to the car’s hybrid system. This allows the driver to control many things about it from the charge level all the way up to remotely changing the temperature inside.

The US 2017 Ford C-Max gets one powertrain shared with the two models. This is a hybrid which has a 2 liter naturally aspirated inline 4 putting out 141 horsepower and 129 lb-ft of torque. This is aided by an AC electric motor good for 118 horsepower and 117 lb-ft of torque. The total combined output for the system is just 188 horsepower but well over 200 lb-ft of torque. Both the hybrid and the Energi model get the exact same powertrain. The difference comes in the size of the battery. The hybrid has a small 1.4 kWh unit while the Energi gets a much larger 7.6 kWh unit which is also capable of offering a usable all electric range. Both models can only be had with a CVT gearbox.