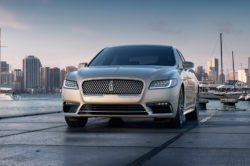 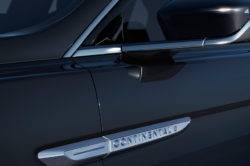 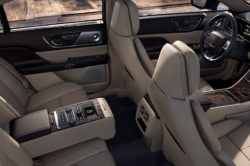 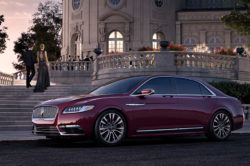 The 2017 Lincoln Continental will come back in style, bringing a brand-new, elegant, and subtle design. Naturally, the production version is heavily based on the 2015 Concept. It sports the trademark mesh grille and similarly designed headlights. Moving to the back of the car, you will probably notice that the rear end doesn’t look like the concept.

There are some familiar elements though, but the rear end is mostly reworked. The production version features more conventional lid, while the concept had the lid which opened right above the taillights. The sedan gained larger taillights with LED strip that gives the vehicle a rather elegant look. The side profile of the car remains true to the concept version. However, the production version comes with black detailing, large windows, and redesigned skirts.

A quick glance is enough to notice that the cabin of the 2017 Continental is luxurious and comfy. The cabin is welcoming due to the lighter hues that make it more elegant and classy. Unlike the concept, the production version comes with great amount of wood inserts instead of chrome, which we find extremely appealing.

The upcoming model is equipped with the car-maker’s cutting-edge features like Perfect Position Seats. The seats can be adjusted according to occupant’s size, shape, and weight for maximum comfort and stretch. Major parts of the cabin are dressed up in high-quality leather. Active Noise Control function is standard, while a panoramic sunroof is offered as an optional extra.