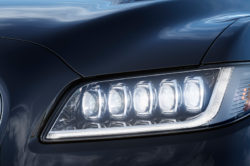 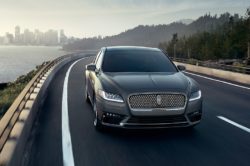 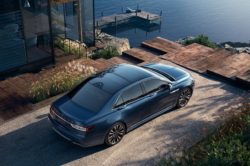 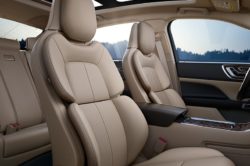 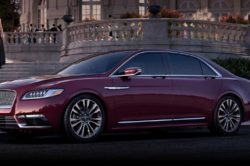 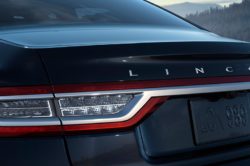 The MKS was Lincoln’s previous flagship sedan but they decided to discontinue the model for the 2016 model year in order to replace it with the all new Continental. While many people thought that this model would be discontinued, it seems that the car may live on with the 2017 Lincoln MKS, a version of the Continental intended for fleet use and also for the International markets. This means that while in the US the car will still be called the Continental, in Europe and China it will be sold as the MKS because people only know it by this name with the US market being the exception because the Continental name has been used here extensively.

This means that while in the US the car will still be called the Continental, in Europe and China it will be sold as the MKS because people only know it by this name with the US market being the exception because the Continental name has been used here extensively.

The US model of the 2017 Lincoln MKS will be available with a selection of V6 petrol engines ranging from a 3.7 liter V6 unit and ending up with a 3 liter twin-turbocharged V6. The European model on the other hand is highly unlikely to come with the same engines due to the limitations on taxes in Europe. Instead we expect the MKS to hit the market here with a 2.3 liter turbocharged EcoBoost inline 4 petrol engine that will offer around 300 horsepower and 310 lb-ft of torque, more than the equivalent V6 engined car. On top of that, the 3 liter high performance V6 is also likely going to be offered but only in all wheel drive form and only with 400 horsepower.

Likely the best seller will be the diesel version of the car which is expected to feature a newly developed 2 liter turbocharged diesel with as much as 240 horsepower and over 400 lb-ft of torque.

China on the other hand is likely going to receive just the 3 liter twin-turbocharged V6 version of the car which will be available with front wheel drive and around 310 horsepower or with all wheel drive and close to 400 horsepower. All models will get as standard a new type of automatic gearbox which Ford co-developed with GM.

Because Ford, and now Lincoln, has a philosophy to offer roughly the same cars around the World, the upcoming 2017 Lincoln MKS is very likely going to be nearly identical to the all new Continental when it comes to the actual exterior.

However, for the Chinese market the car may receive a unique treatment with more chrome than usual and likely slightly smaller rims in order to offer a higher sidewall and more comfort on rough roads. The European version could also get a unique black-edition model with all black exterior accents.

This will be extended to the car’s cabin which is going to be nearly identical to that of the US model with the major differences being that in Europe the car will likely get more customization options for the interior in order to be able to compete with the likes of the BMW 5 Series and the Audi A6 while in China the rear seats are likely going to be replaced by individual units in order to provide more comfort for the rear passengers.

We still don’t know for sure when the car will be released but rumors suggest that it will be offered around half a year after the initial offering of the Continental, meaning that it will most likely hit the market around the mid of 2017. The price will vary greatly between the markets it will be sold in but it seems that in Europe it will start around the equivalent of $60,000 while in China expect it to cost over $70,000 for a base model. This is quite a bit more than its US counterpart but then again, the car will likely be better equipped and it will become available with more engines as well.

The tenth generation of Civic has finally arrived. In September 2015 the first member …
We are getting lots of question regarding Ford Kuga. Is it a trim of …
Sold for little over three years, the Aviator is one of Lincoln’s shortest lived …