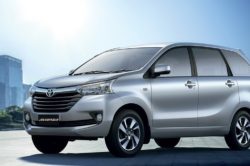 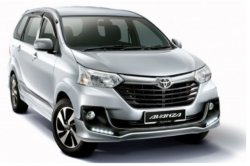 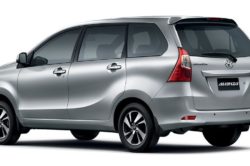 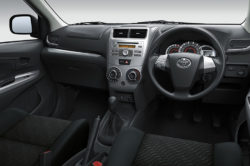 The Avanza has been around since 2003 and in the meantime, it received a few updates. The latest model has been updated for the 2016 model year and it is mostly unchanged from the 2015 version. The car will receive a second update for the 2018 Toyota Avanza which is expected to receive a bit more attention than the current model. For starters, the car is expected to receive a revised interior, a slightly better set of engines and likely a new look as well. Despite all of these changes, the car will still remain one of the best people carriers in its class by a big margin.

While in Europe or the US the car is unknown, it is one of the better-selling cars in Philippines and Malaysia. So far Toyota manages to sell more than 1 million units and that is quite impressive for a mini MPV. However, even though it is sold as a Toyota, the car has been made by Daihatsu ever since the original introduction on the market in 2003. The newest model is no different. While it wears a Toyota badge, underneath it is nothing more than just a Daihatsu Xenia. The Toyota Avanza 2018 model is expected to retain the price of the older car. This means it will start at roughly the equivalent of $13,500 and it will go up from there.

The 2015 model departed quite a bit from the original design and the 2018 Toyota Avanza is expected to keep the same trend. Rumors say that the car will retain most of the body panels found on the current car. However, the front end is set to change slightly. For starters, the grille will likely be updated with Toyota’s latest corporate look. On top of that, the headlights and the front fenders will change as well. Some rumors suggested that the car will take the look of the much more expensive Land Cruiser SUV and this could very well be true considering how the current model looks. The rear is expected to receive a set of LED tail lights and a new roof spoiler which should complete the look nicely.

The Avanza is one of the few cars capable of carrying seven people in such a small body. The base model will come with quite a few features for this price. Things like a 2DIN audio system, a dual-zone automatic climate control unit, four airbags, ABS and even Toyota’s new active security system are all expected as standard. The higher end models will likely get a new 7, instead of 6.2, inch infotainment unit while more airbags and even an ESP system should become available as well.

The current model comes with two different engines in the Philippines but there are a few more available around the World. Some of these are expected to be discontinued altogether such as the 1-liter unit or the older 1.5-liter engine. In their place, the two engines available so far in the Philippines should become available across all markets. This means that the base 2018 Toyota Avanza will now receive a 1.3 liter naturally aspirated petrol engine with 95 horsepower and 121 Nm of torque. Further up the range buyers will get the choice of a larger 1.5-liter unit with 103 horsepower and 136 Nm of torque.

Both of these will offer a very similar level of performance but the larger unit will also be available with a four-speed automatic and not just a five-speed manual. Some rumors suggested an all wheel drive system similar to that of the Santa. Unfortunately, Toyota hasn’t confirmed these rumors so far.