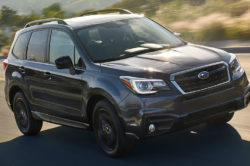 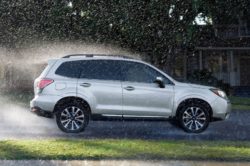 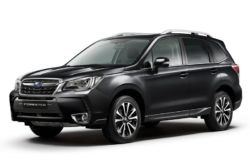 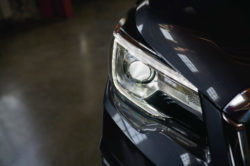 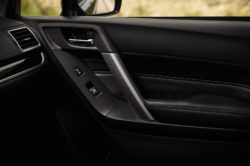 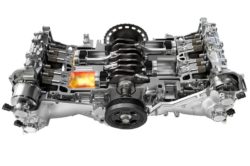 NEWS/ Jul 5, 2017 / The Forester is one of the best-selling crossovers in Canada as it offers the perfect blend of utility and performance. In fact, the Canadian market just received an update on the car with the new 2018 Subaru Forester. Despite what the early rumors said, it seems this update is rather minimal. It adds a few new things into the mix for the same price as before meaning that the Forester is better than ever regarding value for money.

Because the car remained mostly unchanged, it still means it is based on the same old architecture as before. However, this is not as it may seem. The Forester remains one of the most comfortable crossovers on the market, and its low center of gravity aids it at being good to drive on the road too. There is more than enough room inside and its engines, while not the most powerful out there, offer a good balance of performance and economy.

Over the 2017 model year, Subaru added quite a few things into the mix. For starters, inside the cabin, there is an improved set of anchors for child seats. These should minimize the risk of injuries while making it easier for the seat to be installed. On top of that, there is an updated seatbelt reminder that now works for all five passengers. The EyeSight package also received a small update.

This will come with a new lane keep assist feature that will include a wider speed range. On top of that, the higher end trim levels will get a high-beam assist feature that will control the headlights during nighttime to offer the best possible driving experience without ruining it for the other drivers. Subaru also added a new 7-inch infotainment system on the Limited models. This includes a navigation system and an app ecosystem which will allow the driver to customize its experience.

Everything else about the 2018 Subaru Forester is pretty much the same as before. The base car still comes with the same 2.5 liters naturally aspirated flat-four engine as before. This will now start at less than $26,000 which is impressive considering the extra features they added. The higher end models, starting with Touring, will come with a smaller 2.0-liter turbocharged flat-four powertrain. This will start at little under $34,000, and it will not only include more features, but it will also offer better performance. All cars will come as standard with an all-wheel drive which has to be one of the main selling points of the car.

Jun 26, 2017 The ongoing Forester has been released back in 2012, and it didn’t change much since. However, an update has been revealed not that long ago with the new 2018 Subaru Forester. Unfortunately, the car isn’t the model we have all been expecting. In fact, the 2018 version of the new Forester is mostly identical to its predecessor. The only real change is the addition of a new package and a new pricing scheme. The latter is meant to allow the car to be more competitive thanks to better value for money over its predecessor.

So far it seems the 2018 version of the Forester is going to be sold starting from just $23,710 with the included destination charges. For $1,000 extra Subaru will also add a CVT gearbox which will improve the car’s fuel efficiency. The top end models, on the other hand, will cost considerably more than before. The Touring will start at over $33,000 which is quite pricey for what it is. Subaru’s new Black Edition package will cost an extra of $1,150, and it will be available for the Premium edition cars.

This means the cheapest Black Edition will cost $28,260 which is where the real value is. This model will come with a considerable amount of features for the price but more on that later. The car is set to arrive in showrooms by the end of the summer, but chances are dealers are already taking orders for it.

Not much changed for the 2018 Subaru Forester with all of the regular models looking the same as before. The big change is the new Black Edition package which adds quite a few features for the Premium packaged cars. Despite its name, Subaru will offer this package in three different paint schemes. However, all the usual details on the outside will be the same between the three. The car will come with new 18 inch black rims, a new black grille insert, blacked out headlights as well as a chrome delete around the windows.

Unfortunately, the big chrome surround on the grille is still there, but this can be removed for a stealthier look. The Black Edition model of the Forester also gets new LED DRLs which do complete the look.

One of the best features of the new 2018 Subaru Forester has to be its interior. Even though the car hasn’t changed much since it was released, it does offer great value for money. There is more than enough space inside, and all the passengers can sit comfortably for a substantial amount of time. The infotainment system is the only real drawback here because it is quite slow and it doesn’t offer a good user experience.

Luckily though the materials are good, the driving position is nice and high while the set of safety features are well above the average of its class. In fact, Subaru increased the price of the higher end models due to the now standard Eyesight Drive Assist Technology package.

As expected, the 2018 Subaru Forester is identical to its predecessor when it comes to the choice of engines. The base model, as well as the Premium edition vehicles, can be had with a 2.5 liter naturally aspirated flat-four. This is good for 170 horsepower and 174 lb-ft of torque which are sent through either a six-speed manual or a CVT to all four wheels. The Black Edition models can only be had with this engine, but in order to sweeten the deal, they added paddle-shifters on the CVT-equipped cars behind the steering wheel.

The current Altima is a mid-size sedan which has been released back in 2012 …
UPDATE Apr 30, 2017 / The 5th generation of the Odyssey has been revealed …
The current Charger has been around for quite some time and even though it …