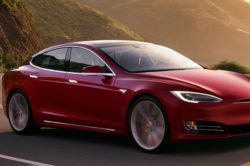 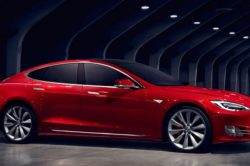 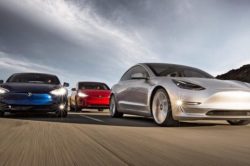 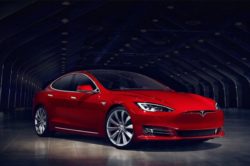 UPDATE Apr 25, 2017 / The Model S is one of the most successful electric cars made to date. Not only that but it also happens to be the best-selling luxury car on the US market. This is thanks to its highly futuristic interior, great looks, and incredible performance. In order to remain at the top not that long ago, the Tesla Model S update has been revealed. The changes made over its predecessor should allow Tesla to further improve their hold on the market.

The largest change from its predecessor is the discontinuation of the S 60 model. To make up for the loss, Tesla decided to cut the price for the better S 75 down to just $69,500 before any government incentives. This is quite a deal, especially with all the extra kit it comes with. All the Model S sedans now get as standard the power lift-gate as well as the glass roof which is quite good. However, the higher end models weren’t so fortunate. The price for the S 100D increased by $2,500 while the price for the P100D increased by $5,500. Tesla also decided to offer a single rear wheel drive version of the car in the form of the S 75. All the other models are all-wheel drive.

The design of the Tesla Model S update is pretty much identical to its predecessor. The car still boasts the same grill-less front end as before. Luckily though, with a more comprehensive set of colors, the car now looks quite a bit better than before. Also, Tesla is now offering a new set of wheels for those willing to pay for them. The 21” Arachnid rims and tires have been made available on production models not that long ago. These do decrease the efficiency but do improve the way the car looks by a good margin.

A couple of months ago the Model S became the fastest accelerating production car ever made. It managed to get to 60 MPH from a standing start with a 1-foot roll in under 2.3 seconds. On top of the extra performance, the Model S also boasts more range than before. The new base S 75 will travel up to 259 miles which are a good improvement over the S 60. The more expensive S 100D will go up to 335 miles on a single charge. This gives it the highest range among any other production electric car in the World. However, over its predecessor, the 90D, the performance remained the same with a 0 to 60 MPH of just 4.2 seconds and a limited top speed of 155 MPH.

Jun 11, 2016 / The Model S is the first electric car that managed to cure the range anxiety many people were suffering when they drove electric cars. Tesla did it by offering a free Super Charger network which will charge the Model S from 0 to 80% in around 30 minutes which is far better than any other option at that time. Even now when the electric car technology has been improved significantly, the Model S still is the highest range electric car in the World and it will likely stay that way for at least a few more years until Tesla’s CEO decided to throw in better batteries in all of their cars thanks to the fact the battery pack in the Model S can easily be swapped. In order to keep it a viable option for those looking for a luxury electric car, it received a rather large update with the 2017 Tesla Model S just a few weeks back.

The new car features an updated exterior, better build quality than before as well as more range, all really nice additions considering that everything else is pretty much the same. This also includes the base price of the car which now starts at nearly $73,000 for the base model while the top of the range P-90 D will start at $111,000 which is just as much as the 2015 Model S.

The major difference is that the new car now features a longer range with even the base model being able to travel around 7 miles longer than before while the regular 90-S will top out at 294 miles of all-electric range which is spectacular considering it can be fully charged in around 45 minutes from a Super-Charger in just under 8 hours from a regular home socket while with the new better charging system which can be had for roughly $1,500, the car will now be recharged in around 5 hours which is very impressive. Likely the largest change on the new 2017 Tesla Model S is the way it looks and even though Tesla didn’t too all that much, the appearance is vastly different because the car doesn’t feature the fake grille anymore but instead it has a really slim intake in the lower bumper and that’s about it.

The result is a much cleaner design than before which really suits the car and together with the really curvy lines, the Model S looks better than it ever did. Inside the cabin there is a similar story so while most of the design is the same as before, the materials are now better, Tesla is offering more customization options and on top of that, the base seats are a lot more supportive than they were on the previous model. Also, for the models equipped with the $3,000 premium package, Tesla will throw in the best air filtration system in the World which is said to allow the passengers of the car to breathe clean air no matter what.

The electric motors powering the Tesla Model S are the same that were used on the previous model and the battery pack also seems identical to the one before it. This makes us think that the extra range on most models comes from an updated regenerative braking system and likely from the deletion of its front grille which certainly improves the drag coefficient. Another interesting update is the fact that the top end model of the Model S is no longer advertised as providing in excess of 700 horsepower but instead, it only offers around 500 horsepower and over 700 lb-ft of torque. This is because the car will provide the full power only when plugged in and Tesla was forced to advertise the true numbers.

Ever since Tesla released the Model S many people were left wondering if such …
The Internet is full of the articles talking about the 2017 Tesla Model X …
On our website, you can find several articles about the models coming from Tesla. …