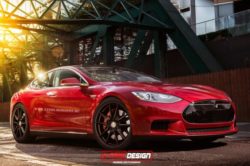 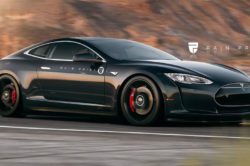 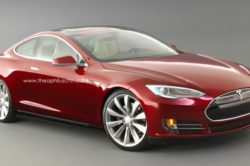 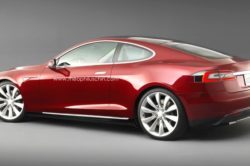 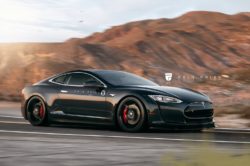 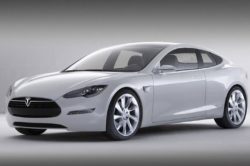 Tesla Motors has passed a long way since 2008 and the introduction of Tesla Roadster. It has sold almost 140,000 units with Model S being the most popular with more than 129,000 units sold by the end of June 2016. It is by far the electric vehicle with the best performances-price ratio. Tesla released four different vehicles and Model Y is announced (check Musk’s Twitter). However, Rain Prisk Designs are hoping Tesla will launch Tesla Model S Coupe. They imagined how this coupe would look like and draw some sketches. As you can see in the pictures their solution is absolutely stunning. But let’s first take a look at the current lineup.

Four different vehicles are part of the lineup. The very first model released by this American automaker was Roadster. It was the first highway-capable all-electric car and the first to reach 200 miles. The following vehicle was Model S which served as the basis for the coupe designed by Rain Prisk Designs. There are several trims of the Model S and it can go up to 265 miles. Model X is a full-size crossover. Even though the company delayed the start of the deliveries more than 7,000 units were sold by the end of June 2016. The last but not least is Model 3 that is scheduled to hit the market in 2018. According to Elon Musk, this should be the cheapest model coming from Tesla. There are even some semi-official announcements about the Model Y. Elon Musk posted on his Twitter account that Model Y will have Falcon Wings and soon after posting he deleted it.

Rain Prisk Designs wanted to intrigue us and thus they released several pictures of what might become the Tesla Model S Coupe. First of all, the coupe variant of Model S is neither announced nor planned. This is the pure imagination of the designers who would like to see this vehicle on the streets. But on the other hand, it would be nice to have such car. Sketches got positive reviews all over the world thus Musk can think about it. Model S has been the most popular electric car so far and the coupe variant would have a good basis. Of course, we cannot expect Tesla will launch it in several years, but on the long-term basis? Why not? They can at least consider its production and put all pros and cons on one paper.

As you can see in the pictures Rain Prisk did a very simple work. They just removed rear doors and redesigned it a little bit. Front fascia remained almost the same with only splitters slightly lowered. It still looks like Model S, but the difference is stunning. Tesla can add few more tweaks and modifications at the rear part and we don’t doubt it will attract both fans and customers. Elegant, aggressive and green. If the Tesla Model S Coupe was released right now, it would have exactly the same powertrain as a sedan. It would have two optional battery packs, an 85-kWh and 60-kWh units, with mile range of 265 and 208 miles respectively. Apart from price, mile range is the biggest advantage of vehicles coming from the American car manufacturer.

Unfortunately, there are no indications that this American automaker is going to launch a coupe version. So far there hasn’t been any response about those pictures. Tesla Motors might not be interested in pictures of the Tesla Model S Coupe. Perhaps they just want to stick to their plan and leave coupe variant for the following decades. At least we can just hope that Model Y will be exceptional and will beat our expectations. Who knows, it can even come as a coupe.