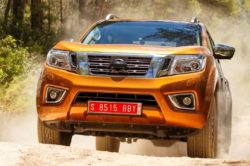 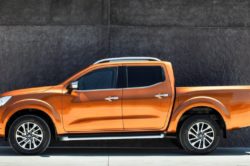 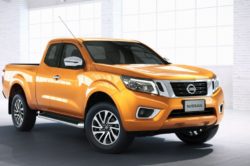 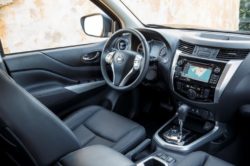 The 2019 Nissan Navara has been launched not that long ago as a replacement for the truck released back in 2014. It gets an updated engine and slight changes inside the cabin but it remains the same truck as before at its core. Let’s dig deeper and see what Nissan did to improve it. For starters, they left the design unchanged and that is fine with us. The current Navara is arguably one of the best-looking truck in its class. It is also one of the most efficient which is quite impressive considering it is one of the most capable trucks out there.

The new Nissan Navara 2019 uses a fully boxed in ladder frame chassis. This is considerably more structurally rigid than its competitors which allow Nissan to have a large tow and payload rating. Even though the chassis is definitely heavier than those of its competitors, it makes up with the durability. On top of that, the Navara also uses a very interesting suspension design with a fully independent system all around. In the back, it has a five-link system which is somewhat reminiscent of a sedan.

This allows for great on-road characteristics with or without a load in the back. This makes it considerably more comfortable than the competition. However, this system is not as good in off-road as its rivals. The price for the 2019 Nissan Navara remained mostly unchanged meaning it can still be had for around $25,000 for a base truck. The higher end models will go to as far as $50,000 in certain configurations.

It didn’t change a bit and we are fine with that. We said this in the past too. The new Navara offers the perfect proportions for a truck which seems to be very hard to do since not many manufacturers get it right. The front end features a utilitarian and muscular design, similar to the US Titan. The back is also quite aggressive with a lifted bed and a rather aggressive stance. The Navara can be had with crew-cab, single or extended cab depending on the market of choice and it can come with a few different bed setups.

Even though the Navara is nothing more than a truck, it has a very impressive cabin. No matter what trim level the buyer gets, the dashboard, instrument cluster, and the materials are mostly the same. The dashboard is covered by soft-touch plastics, the steering wheel is a perfect size and covered in leather while the center console is perfectly designed. The truck also gets a rather similar look here to that of the Nissan Xtrail with a large center stack and a low driving position. This makes it feel great on the road where it handles more like a car and less like a truck. The 2019 model adds a better cruise control system, a standard Bluetooth and USB audio system and a multifunctional steering wheel which is a great addition to the base model.

The 2.3-liter engine in the 2019 Nissan Navara is the same as before. It still makes 160 horsepower in the turbocharged form and 190 horsepower in its twin-turbocharged version. However, it is more efficient than before with both of them being capable of 6.1 liters per 100km which are very impressive for a truck this size. The payload is the same at 1,000kg and the towing rating remained unchanged as well at 3,500kg. The big change here is the addition of an AdBlue reservoir which needs to be filled roughly every 11,500 kilometers. This allows the new Navara to meet the Euro6 emission standards and it is the main reason why the engine has been updated in the first place.

Electric cars were science-fiction just ten years ago and now we already have them …
Mazda released the third generation of the six sedans back in 2012. Since then …
The Silverado has been around since 2012, but it went on sale a few …