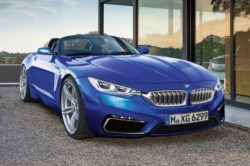 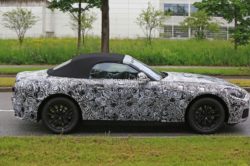 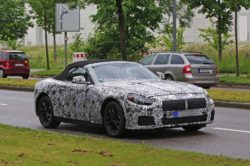 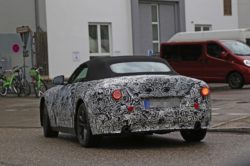 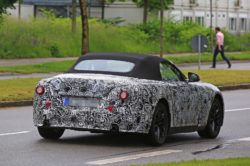 Partnerships in the car world have become quite common in the recent years. Perhaps the best-known partnership is between Fiat and Chrysler, but we shouldn’t neglect others that joined their efforts in order to obtain synergy effect. In January 2013 Toyota and BMW announced they were going to combine their forces and take the best of the both worlds. Even though they should have been focused on Supra and Z4, it seems they changed their minds. Instead of Z4, they are going to release its replacement – 2018 BMW Z5.

We have managed to get the very first pictures of the new BMW’s car. Paparazzi caught it on the road a while ago. Although it was entirely camouflaged, we can spot some important characteristics. It seems it will resemble Supra, but we can’t guess the exact design. The Z5 is going to be quite distinctive comparing to the old model in terms of the outlook. This review is actually a combination of the info BMW has released so far and our conclusions. Please don’t take these allegations to the bank before the official announcements.

It’s way easier to discuss the design than what is hidden under the hood. We can only speculate what powertrain is going to be used. However, if we carefully consider BMW’s strategy we might have the answer. BMW often choose a wider lineup and thus there may be two different units. The top unit should be a 3.0-liter inline-6 while the base engine is supposed to be a turbocharged four-cylinder. At this moment we cannot make ant estimations about the torque and horsepower, but it will surely be more powerful than the Z4. With these engines, 2018 BMW Z5 will be able to reach at least 155 mph, while the 0-60 mph time is estimated at 5 seconds.

Considering that BMW cooperates with Toyota there is a high possibility that new Z5 will have a hybrid unit under the hood. Supra has it, therefore we may assume that Z5 will get on as well. Z4 had a rear-wheel drive while its successor should have both RWD and AWD. Also, the transmission may be optional. This means the driver can have an opportunity to choose between a manual and automatic transmission.

Comparing to the Z4, 2018 BMW Z5 has a longer hood and sportier appearance. Perhaps the most obvious difference is the roof, which is no longer made of metal. The top is softer and lighter and it can be easily removed. Headlights are connected to the grille and they seem larger than before. Grille is placed little lower comparing to the Z4’s grille. Although there’s some info about the front fascia, the rear part remains a mystery. In the pictures, rear bumper and taillights are well hidden hence we cannot say anything about this part of chassis. Supposedly it should be the same as before.

The GT500 has been the most powerful Mustang Ford has ever made. However, the …
There are only a few articles about the 2018 Jeep C-Segment CUV but many …
After back in April the first development mules of VW’s new B-segment SUV has …