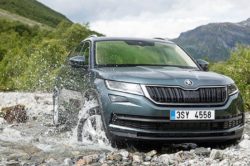 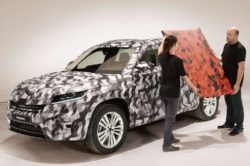 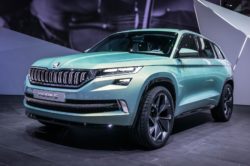 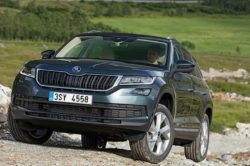 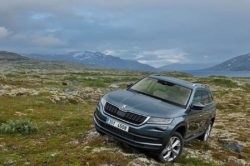 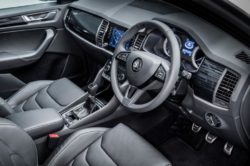 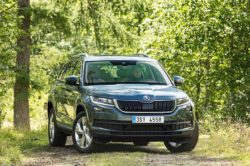 If you put close attention to Geneva Auto Show held this year, you will probably remember most of the new concepts and cars presented there. One of those new concepts was Skoda VisionS. This concept was announced to be part of the Skoda’s brand-new design philosophy. The very first representative of this philosophy is 2017 Skoda Kodiaq. However, according to the first photos of this model, it seems that Skoda lets us down. This new concept (or at least this model) didn’t meet our expectations. According to the pictures taken at the Nurburgring, there is nothing futuristic about the Kodiaq. Nevertheless, it is coming with several advantages and you might even consider having one after reading this article.

Information about Skoda VisionS and the first model that uses this concept is scarce. Although we have got pictures from the testing, many of the things are still unknown. When Skoda was describing their new concept they used the term ‘futuristic’. However, when you look at the photos Kodiaq looks like a regular vehicle. Don’t get us wrong, according to the first reviews this car should deliver the goods, but Skoda exaggerated a little in their announcements. Besides these spy photos we have nothing else, but it is expected that this model will debut at Paris Auto Show this year.

We can discuss all day about the design, but when it comes to engine things are still unknown. Well, at least officially. Skoda hasn’t released the information what is going to under the hood of the 2017 Skoda Kodiaq, but we managed to find some details. It appears that Kodiaq is going to have a wide lineup. Three different units should come as options, two gasoline, and one diesel unit. The base engine is going to be a 1.4l four-cylinder. This gasoline engine comes with an output of 150 hp and is the least powerful in the lineup.

The Internet is full of the articles talking about the 2017 Tesla Model X …
After more than thirty years BMW’s 7 Series is still one of the best …
At the start of 2016 the all new 2017 GMC Acadia has been launched, …