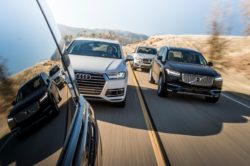 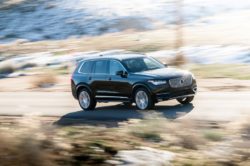 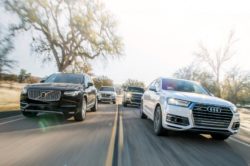 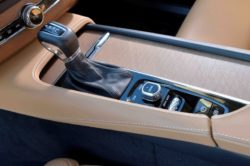 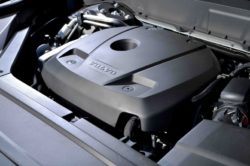 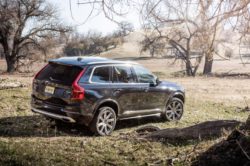 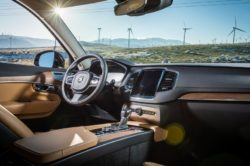 In a class where cars usually start at over $60,000, the $45,000 XC90 is one of the better models and that should make us think about the best-selling luxury crossovers. The Volvo is not exactly the most luxurious or even the most powerful. However, it is by far the car most loved by its manufacturer, and this is clearly visible inside the cabin. To make it even better, a new model is going to be released with the 2017 Volvo XC 90. This should feature a few upgrades inside the cabin, an improved drivetrain, and likely a more refined running gear.

All of these will make from the already good XC90 a very impressive model. The only negative aspect about the car is also one of its strong points, the engines, but more on that a bit later. As we said above, the car’s running gear is expected to be slightly revised. This is because the current model, despite being quite good regarding comfort, it was somewhat a bit too soft. This made it a less desirable choice for some and it made Volvo lose sales. The improved 2017 model should get standard adaptive dampers or an optional suspension system that will be much faster to react to surface changes.

These should allow the 2017 Volvo XC 90 to keep its comfort untouched while still offering a great driving experience. Some people also rumored about Volvo adding an entirely new engine to the range as well as larger brakes, high-performance tires, and a more aggressive look. This is unfortunately not true, so let’s take a closer look at what the XC90 is going to sport under its hood.

Like before, the base model of the XC90 is going to feature a 2 liter turbocharged inline 4 petrol engine. This T5 version is going to offer 250 horsepower and 258 lb-ft of torque which is in line with most of its rivals. Further up the range, there are the T6 and T8 models. Both of these will use the same 2 liters turbocharged and supercharged inline 4. This engine will make 316 horsepower and 295 lb-ft of torque and the only difference between them will be the additional electric motor on the T8.

This will allow for an output of 400 horsepower and 472 lb-ft of torque. While it may seem identical to some of its much larger engined competitors, the T8 will still struggle in some situations because it is a hybrid. The good part is that all models get Volvo’s great all-wheel drive system as standard. On top of that an eight-speed automatic, which is not only smooth but also very fast, is going to be offered as standard.

We expected that after the release of the S and V90 sedan and wagon, Volvo would also update the 2017 Volvo XC 90. However, this is unfortunately not true. In fact, the upcoming XC 90 is going to be mostly identical to the ongoing model. The only real difference we expect to see would be a revised rear end where the XC 90 would borrow some of the design cues found on the latest V90 with the new vertical taillights and the slightly better-looking tailgate.

Except for its steering wheel and likely the infotainment system, most of the cabin of the upcoming Volvo crossover should stay mostly the same as before. We might get new materials and even new color combinations, but this should be pretty much everything Volvo will be doing. We are still fine with this as the XC 90 still offers one of the best-looking interiors on the market by a significant margin.

The Alfieri has been first showcased nearly two years ago. The car was a …
Back in April 2012, Acura was releasing the ILX entry-level luxury sedan which is …
Ever since it was released, the Kia Soul proved itself to be a very …