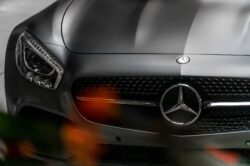 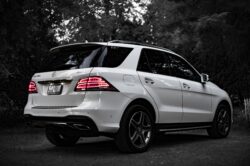 The German Federal Motor Transport Authority (KBA) found that Mercedes installed cheating software in some of their diesel engines that limited emissions readings during vehicle emissions testing and therefore misrepresented the actual emissions during real-world driving.

As a result, the engines’ nitrogen oxide (NOx) emissions didn’t comply with EU regulatory requirements. However, Mercedes still denies any wrongdoing and has indicated its intention to appeal the KBA’s decision.

Despite Mercedes’ attempts to resolve the situation over several years, many Mercedes customers have lost trust in the brand and approached Mercedes claims lawyers to bring a Mercedes Benz emissions to claim.

In a recent client survey of those bringing claims against Mercedes, we found that a staggering 81% of those that had gone on to have the fix felt that Mercedes weren’t transparent about the potential issues that may arise.

How Have Customers Been Affected By The Mercedes Diesel Claim?

Mercedes markets its vehicles as premium quality, claiming that those models featuring its AdBlue technology were their ‘cleanest cars ever.’ However, following the recall of thousands of vehicles in order to carry out a software update (also known as the ‘fix’), many of the clients feel that their vehicles have depreciated faster than would normally be expected, having experienced issues such as sudden loss of power, reduction in fuel efficiency and the engine management light turning on, of which they attribute to the stigma attached to owning a vehicle affected by the emissions scandal.

Clients also claim that they wouldn’t have purchased the vehicle in the first place if they’d have known that they’d be required to be recalled and fixed and feel misled.

Some clients have also reported that their vehicles now have lower MPG following the fix and require more frequent maintenance, with 25% of those surveyed claiming they’ve experienced reliability issues following the application of the fix. Know more about the claims at ClaimExperts.co.uk.

Mr. Murphy, one of several North East clients, bringing Mercedes emissions to claim, said: “After my vehicle received the ‘fix’ from Mercedes, I experienced regular breakdowns until I had the Nitrous Oxide sensors replaced.”

The clients alleged that Mercedes knowingly installed unlawful defeat devices in hundreds of thousands of UK vehicles that allowed them to pass emissions tests designed to protect human health and the environment while still being highly polluting on the road.

As a result, the clients will allege that they have been deceived into purchasing these polluting vehicles for more than they were worth.

Mercedes have indicated that they’ll oppose any claims clients intend to bring.

To find out if you could be eligible for compensation in the Mercedes emissions claim, check your eligibility in seconds with an online checker, where your results will be generated instantly.

Let’s be honest – European pickup trucks cannot stand side by side with those …
SLS AMG is an old-fashioned car thus Mercedes decided to renew the offer. At …
G-Class is better known as Geländewagen in Germany, or simply G-Wagen. This German word …