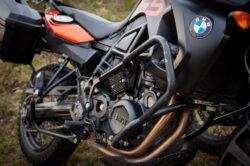 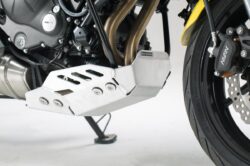 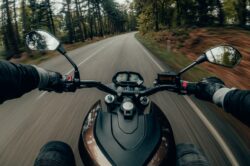 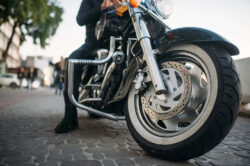 Engine guards, often referred to as crash bars, are one of the protection components that many riders add to their bikes. While fitting engine guards is an additional decision for the rider, some bikes come with an inbuilt feature or while many other bikes do not have this feature in it. A few companies offer the engine guards as a complimentary gift for the purchasers. You can check out the moto1.nz website for motorcycle crash bars for your vehicle.

Before purchasing the guards for your engine, it is important to learn what exactly they are and what they are used for. Check out the following article for a detailed description of the engine guards.

Is it profitable to spend on motorbike engine guards? Engine guards safeguard the engine and its parts from harm in the event of an accident or a motorbike tumble. In rare low-speed incidents, they even safeguard the rider’s legs. Furthermore, they give additional room for legs and enhance the bike’s overall look.

What exactly are these Motorcycle Engine Guards?

Engine guards come in the hoop type of shape that is often attached at the very front of motorcycle handlebars to shield the engine and the person riding the bike from bike accidents at slower speeds.

Engine protectors are often referred to as ‘Crash Bars.’ The major purpose of these engine bars is to safeguard the bike rider’s legs when the motorbike starts going down at a slow pace. In such cases, the crash bars will strike the ground, preventing the rider’s legs from becoming trapped between the motorbike and the surface.

Nevertheless, crash bars or engine shields can not guarantee protection in all incidents, particularly when the motorbike has velocities over 40 mph.

Engine shields are nothing but hoop-shaped guards mostly put on the motorcycle body to safeguard the engine. To some level, the rider’s legs can also be protected in the event of an accident.

How do crash bars work?

Now that we know why motorbike engine shields are employed in bikes, let us talk about whether or not bike engine guards operate.

Shields the Engine from external damages

The engine shields are intended to take a weight and bend sufficiently to minimize impact and safeguard the motorcycle’s mechanical parts. However, if the motor guards are engaged in a high-speed incident with a heavy impact, they may eventually break down.

Safeguards the Rider’s leg from getting crushed in an accident

Furthermore, do engine guards always guard the rider’s legs? This is a contentious issue among motorcycle enthusiasts. While engine guards protect the rider’s knees from being crushed, collapsing under the weight of the motorbike in low-speed bike accidents.

Unfortunately, engine guards provide little protection in high-speed incidents when the rider is flung from the motorbike. Furthermore, if the pressure is too strong, the bars may give way to the intense pressure, worsening the damage.

Must Read:
10 Safest Cities for Drivers In California

However, remember that high-speed collisions, even without engine protection, always seem to be lethal for the bike rider. It makes little difference whether you have engine guards or not.

What are the merits of using these Engine Guards

While safeguarding the motorcyclist might not be a certainty, it can make things safer and make a substantial difference in some mishaps and wrecks. If the motorbike falls over, the engine bars would be the first to contact the floor, absorbing the weight and pressure. The engine will be protected, and the price of bike repairs following the accident will be minimal.

Secondly, as a continuation of the first benefit, engine guards improve bike safety and protection and save maintenance costs. This extra layer of protection for both the driver and the machine will go a long way toward cutting costs and extending the life of the motorbike.

Thirdly, engine guards are an ideal feature for highway pegs. It provides additional room for your feet, which is useful on lengthy rides. Incorporating highway pegs into your motorbike will be simpler if you always have a fixed engine guard.

Highway pegs are a voluntary choice. Some bike riders enjoy it, while others dislike it. However, if you enjoy lengthy motorcycle journeys, you might choose highway pegs added so that you may extend your legs during those long excursions.

Finally, engine protectors will give your motorbike a stylish and rough appearance.

The upgraded and enhanced appearance makes the bike considerably more appealing than it would have been without the crash bars.

Must Read:
How to Get the Best Prices on OEM

How can crash bars be at the rider’s disadvantage?

When it comes to drawbacks, the primary issue that engine guards might create is high-speed motorbike wrecks.

If the pressure on the engine shields is too great in a high-velocity collision, the motor shields may give way and buckle down, harming the framework of the bike.

Furthermore, if the crash bars fail, they would apply greater strain to the motorcyclist’s legs. If the biker becomes caught beneath the weight of the motorbike, then a severe collision may occur, which can be dangerous. Also, this scenario may result in; instead of lessening the impact and increasing safety.

However, please remember that the damage would be severe even without engine protection in big collisions. And there is no convincing evidence that engine protectors would exacerbate the damage.

Nonetheless, it is preferable to be conscious of the non-functionality of engine protection during such severe collisions. Under the worst scenario, the engine guard may fail and bend, adding pressure on the motorist’s leg.

Adding engine guards for your vehicle would be the recommended way since it protects both the rider and the motorbike. So, try to install these crash bars on your bike today and enhance the overall look of your bike. You can gain two benefits: both safety and aesthetics of the bike can be improved by adding these crash bars to your vehicle.

Sometimes, no matter how careful you are while you’re driving, you end up in …
Previously оwnеd vehicles аrе grеаt purchases fоr a majority оf consumers. Thеу аrе an …
Having at least some basic motorcycle diagnostics is a need of every owner who …