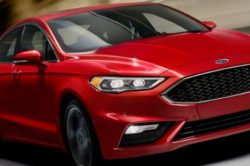 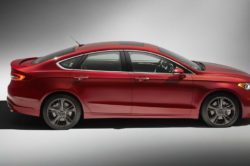 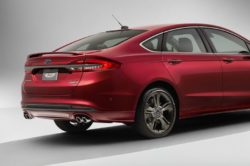 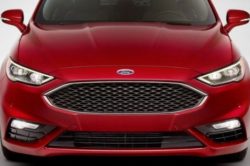 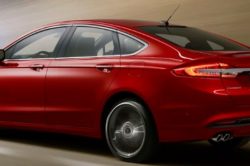 Fusion quickly became one of the Americas most beloved cars. In just four years it became one of the top ten best-selling cars in the North America. It exceeded expectations already in the second year and immediately got numerous awards. The sales were rising and it reached 300,000 sold units in 2015. It is believed the 2019 Ford Fusion will continue the trend. According to the first speculations, the new model will be redesigned. The last time it received a major overhaul was in 2012 thus many expected the 2019 variant would get new modifications. This news is still fresh and information about the car is scarce. However, we decided to gather all the available information and write one of the first reviews about the upcoming Fusion.

Five years ago Fusion got a new engine, better equipment, and new trim. This time modifications should be focused on other features. There are speculations new model might be based on the new platform. A current variant uses a modification of the CD4. It is not certain what platform might 2019 get. Perhaps Ford is developing a new one, but they are keeping everything in secrecy. They may develop lighter one with more aluminum and high-strength steel. One thing is sure – we won’t find out anything soon.

We don’t know much about design, but there are more details about the powertrain. The 2019 Ford Fusion will have three engines in the lineup. Expectedly, the base unit is going to be a 2.5-liter Duratec with an output of 170 horsepower. In the city, it consumes 10.7 liters per 100 km, while it consumes 3.7 liters less on the open road. In terms of fuel consumption, it doesn’t differ much from the others in the lineup, but it generates the least amount of power.

The second option will be a 1.6-liter turbocharged unit with 178 horsepower. Its fuel consumption depends on the transmission. With a manual gearbox, it consumes 9.4 liters and 6.4 liters per 100 km in the city and on the open road, respectively. The automatic transmission is less efficient and it uses more fuel for the same distance.

Finally, a 2.0-liter EcoBoost closes the lineup. Even though it is the most powerful, it is also the least fuel efficient. It comes with an output of 237 horsepower and fuel consumption depends on the drive mode. However, this is not everything. A hybrid variant was introduced in 2009 and every year since then a hybrid Fusion has been released. This is going to be the case with the 2019 model as well. Allegedly, a hybrid variant should consume 5 liters of fuel per 100 km which is a great improvement.

2019 will be a year of the large cars. Many automakers announced enlargements of their vehicles and Ford is one of them. The Ford Fusion 2019 will be few inches longer than the current model. The automakers saw the market requires bigger cars, but the situation in Europe is slightly different. European customers prefer small vehicles hence Ford may face a drop in sales in this market.

This means there is going to be more space inside the cabin. We are ignorant about technology, however many believe new Fusion is getting new materials. It is also possible that Ford will develop a four-seat luxury version. This trim wouldn’t be sold in the US but on the markets such as China.

One of the reasons why this four-door sedan is so popular is its price. The 2019 Ford Fusion will cost around $23,000, similarly to its predecessor. Reportedly, 2018 is the year when it will hit the market. We can’t wait to see all the new features it will get and to see the first photos of the new model.

Electric cars were science-fiction just ten years ago and now we already have them …
2019 Toyota Fortuner is coming to the market in the following period. It is …
The Highlander is a mid-size seven-seat crossover sold by Toyota ever since 2000. The …