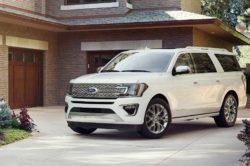 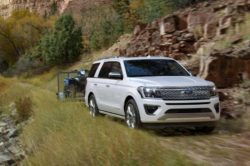 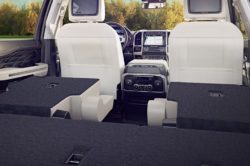 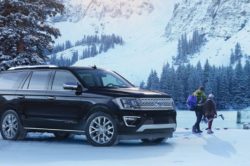 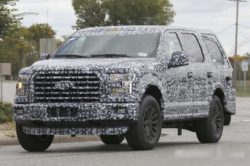 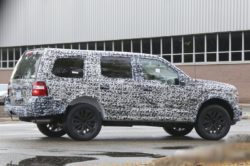 UPDATE Apr 26, 2017 / After a long wait, the 2018 Ford Expedition has been released a couple of months ago. The SUV has been vastly improved over its predecessor. It is now larger, lighter and boasts a lower center of gravity. On top of that, the new model does offer a lot more regarding features, and it should be able to outrun most of its direct competitors. The model is now based on the same chassis as the latest F-150 truck. This means that it still is based on a frame ladder chassis. This allows the vehicle to provide a considerably higher tow rating than some of its rivals while also retaining good driving characteristics.

One of the largest change over the previous version is the sheet metal. The new Expedition has an all aluminum body. In order to achieve this at less than $50,000, Ford has been using the process developed for their full-size truck. With the new body, the Expedition also received a new running gear. This boasts an independent suspension setup which should make it feel more like a car and less like a truck. The brakes, structural rigidity of the chassis and body as well as the performance and fuel consumption improved considerably. The top end models are still going to cost north of $70,000, but that’s the average of its class. The new model is going to be available in showrooms starting with this summer, but Ford is already taking deposits for it.

Inside the cabin, the new Expedition is a big improvement over its predecessor. Unfortunately, though it still uses the same basic dashboard design as the truck. Luckily the materials are better, and there is more technology available. Features such as Ford’s Sync3 infotainment unit with Apple CarPlay and Android Auto, a full leather upholstery or fully electric front and middle seats with massage for the front passengers are available. The usual shifter has also been replaced by a rotary knob which is that much easier to use. The design of the SUV also changed for the batter. Its front end has more in common now with Ford’s crossovers instead of trucks. Also, the rear end is more muscular, so it doesn’t look like an afterthought.

Must Read:
All Drivers Will Love the Ford EcoSport in 2023

Like before, the 2018 Ford Expedition is still going to be available with a single engine choice. The 3.5 liter twin-turbo V6 has been updated though. Ford didn’t reveal the actual performance figures for it though. Luckily they did release them for the F-150 which uses the same engine. In the truck, it makes 375 horsepower and 470 lb-ft of torque which is a big upgrade. We would expect the Expedition to make closer to 400 horsepower and a bit less torque. All of them will be sent to its rear or all four wheels via Ford’s new ten speed automatic.

May 29, 2016 Review – Ford as one of the oldest car manufacturers, has redefined what we think about cars for a long time. Just a couple of years ago Ford F-150, has amazed both fans and experts. After almost two decades since releasing the first Ford Expedition, Ford still continues to upgrade this full-size SUV. 2018 Ford Expedition promises to be an industry trendsetter with its numerous innovations. The rumors surrounding this family SUV are countless which makes it difficult to separate the fiction from the truth.

The rumors about the redesigned Ford Expedition have been circulating for a while, but it seems that after all 2018 Ford Expedition is going to happen. The changes will not be plentiful, and mostly concern the structural end of the vehicle. Its body will be aluminum made, which will result in a much lighter vehicle than the previous Expedition model. The front end of the vehicle will see several touch ups in the form of chromed grille and a new bumper which will provide Ford’s much-praised SUV with a more assertive look than before. Ford Expedition will be equipped with 22-inch wheels. According to rumors, there will be eight different models of 2018 Ford Expedition. They are the following: Limited, Limited EL, XLT EL, King Ranch, XLT, Platinum, Platinum EL and King Ranch EL.

The upcoming 2018 Ford Expedition offers all the conformity of a full-size family SUV. It has three rows of seats and can take as many as eight passengers. The interior is made from the combination of fine fiber materials, wood, and aluminum. The vehicle is well equipped with features such as Sync3 and MyFord Touch systems and 10 speaker Sony Sound System. It appears that 2018 Ford Expedition has all the characteristics of a modern day family vehicle.

It is not yet known which engine will be the one which runs the upcoming 2018 Ford Expedition. The two engines which are frequently talked about are 3.5 liter Ecoboost V6 engine with 410 horsepower and 2.7 liter Ecoboost engine with 325 horsepower. Another curiosity it that 2018 Ford Expedition will come with a brand new 10-speed automatic transmission. Nonetheless, Ford’s new SUV appears to be perfectly capable of giving extraordinary performances on rough terrains, while maintaining all the conformity of a family vehicle.

It would be foolish to expect the latest Expedition model before 2017. There is very little information indicating when during 2017 the SUV might see the light of the day, and it is still possible that the release can be moved for 2018. The price of this cutting edge SUV is subject of many speculations, according to some sources the starting price should be 40.000$, others say it is going to be 46.000$, while some estimations go as high as 76.000$. It is difficult to predict which one of these estimations will prove to be right, but all of them are targeting the price range of similar vehicles on the market. Once on the market 2018 Ford Expedition will be challenged by only a few SUV’s such as Chevy Tahoe and Jeep Wagoneer. 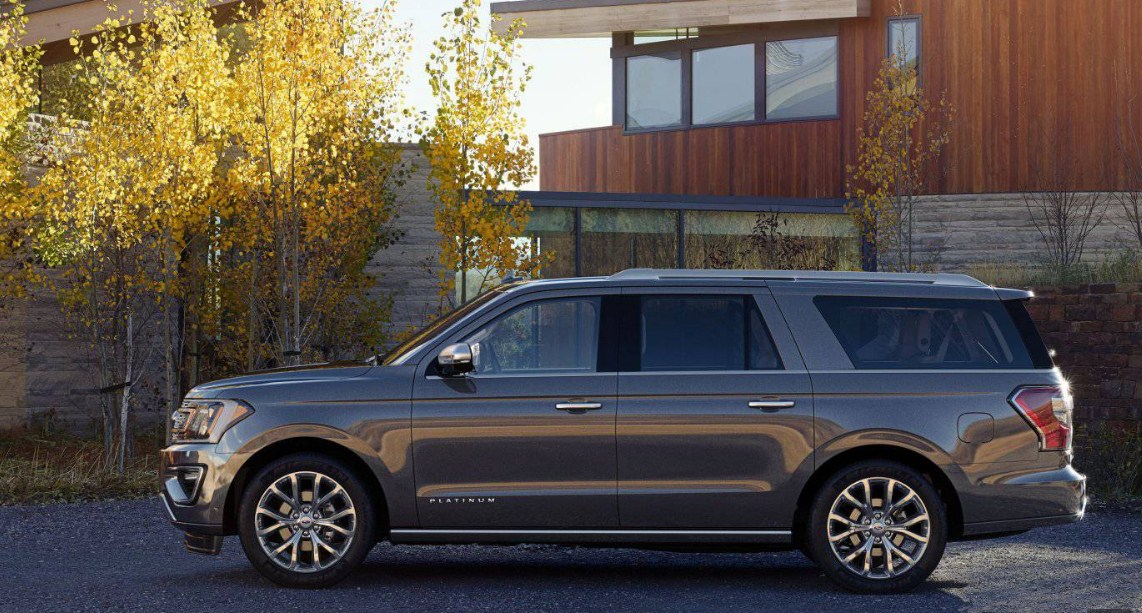 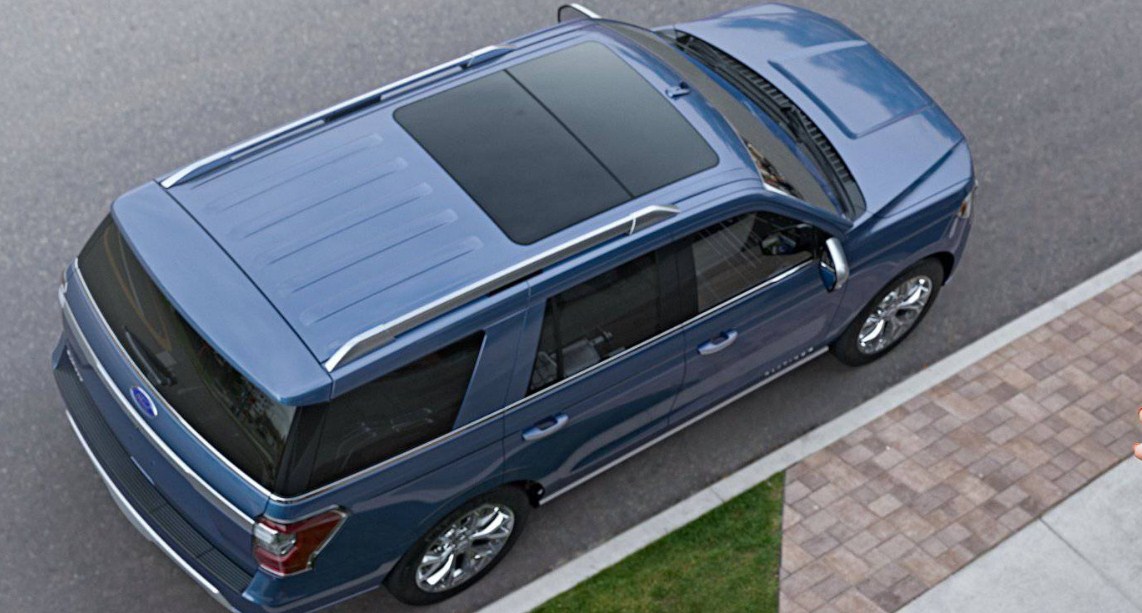 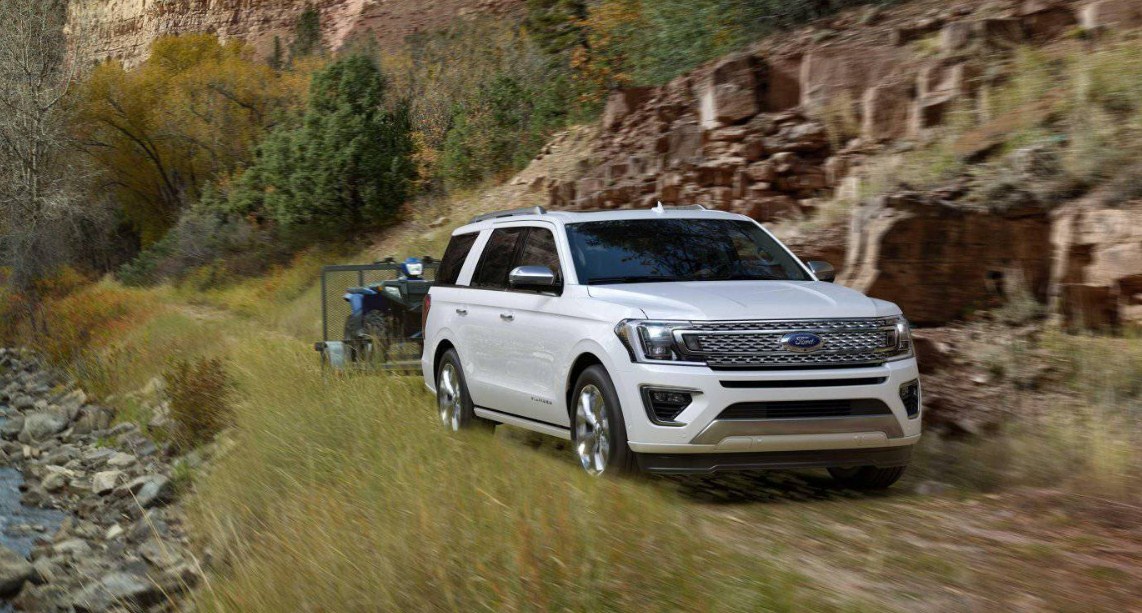 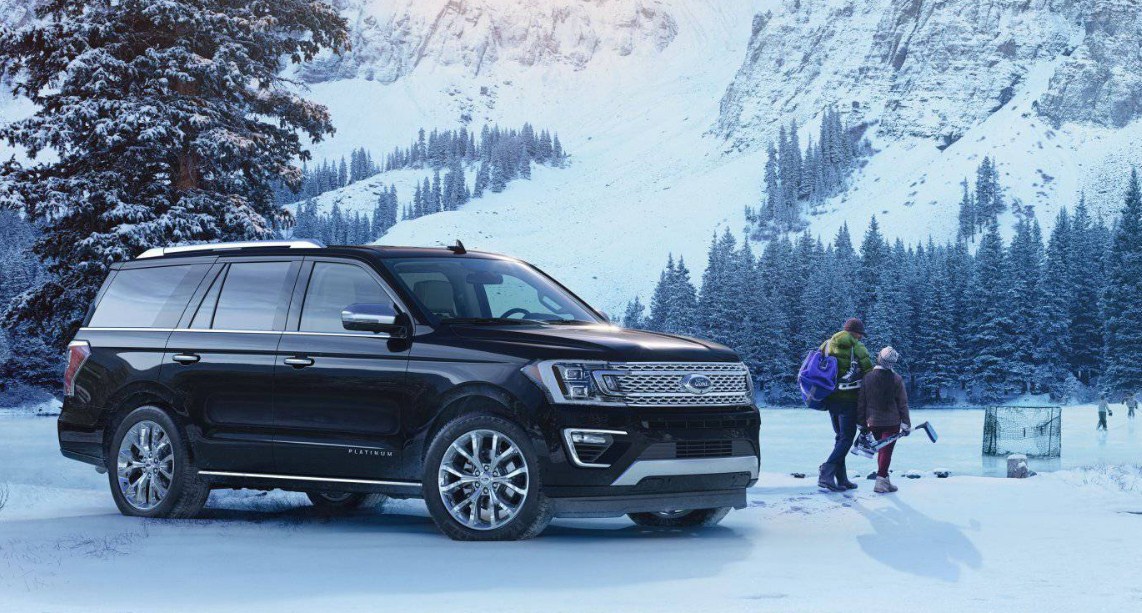 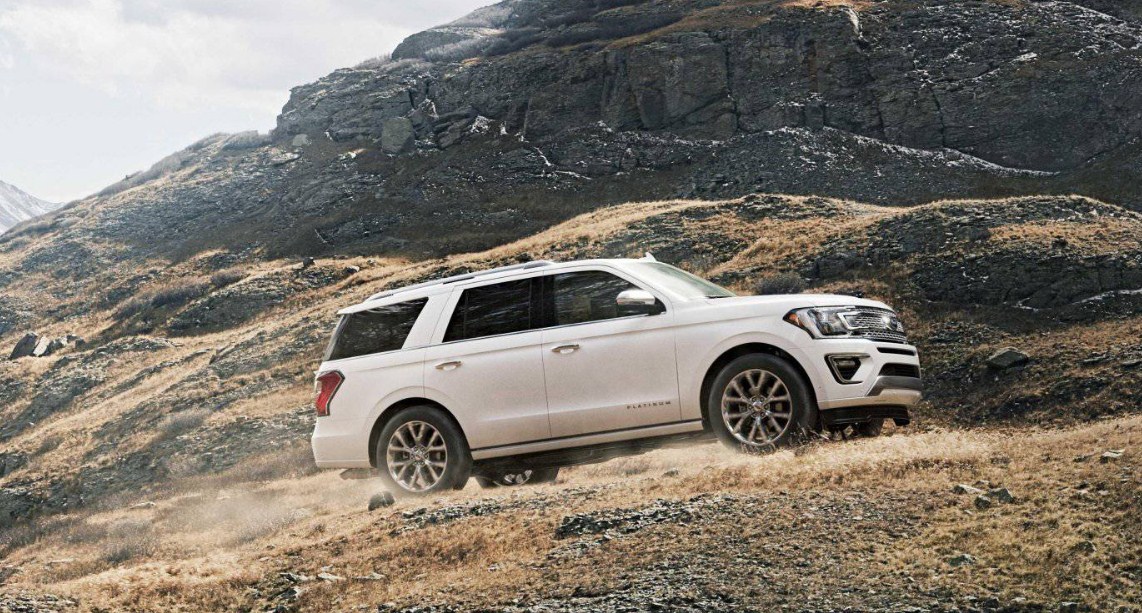 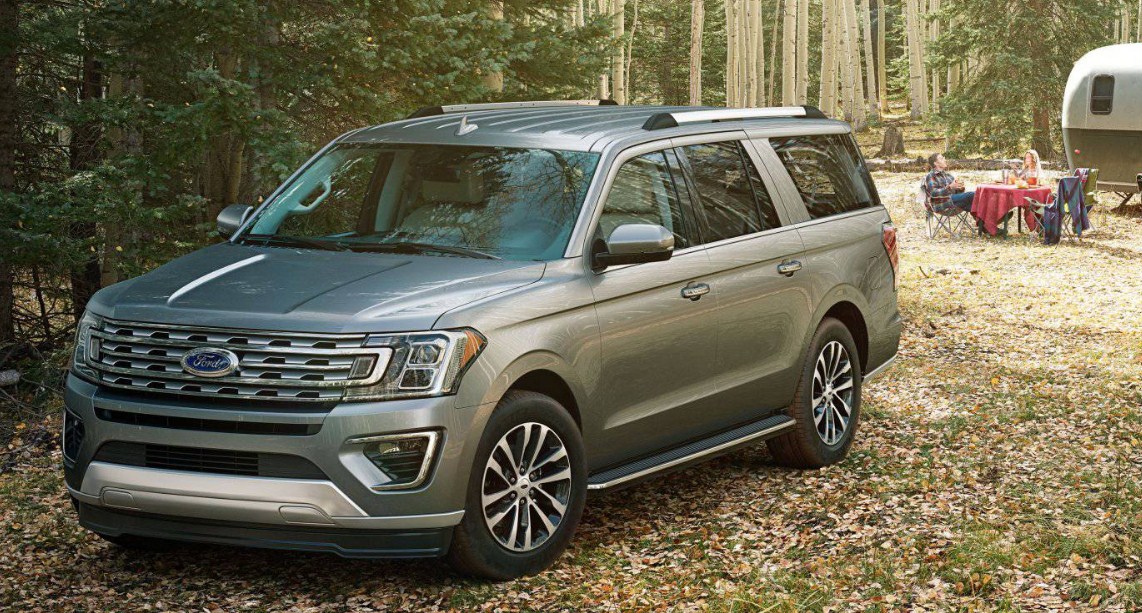 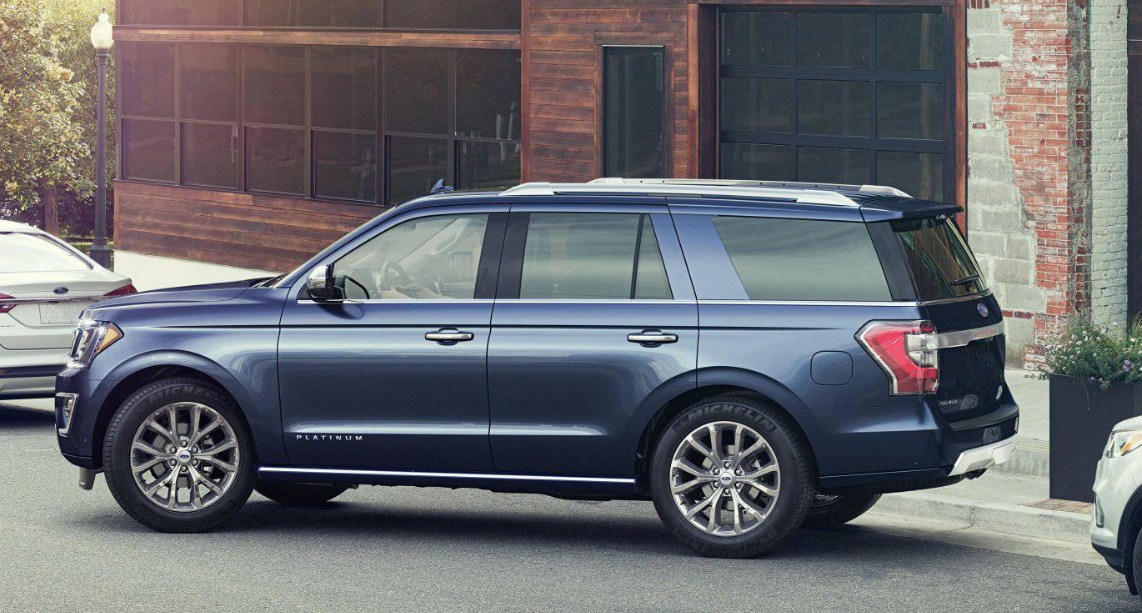 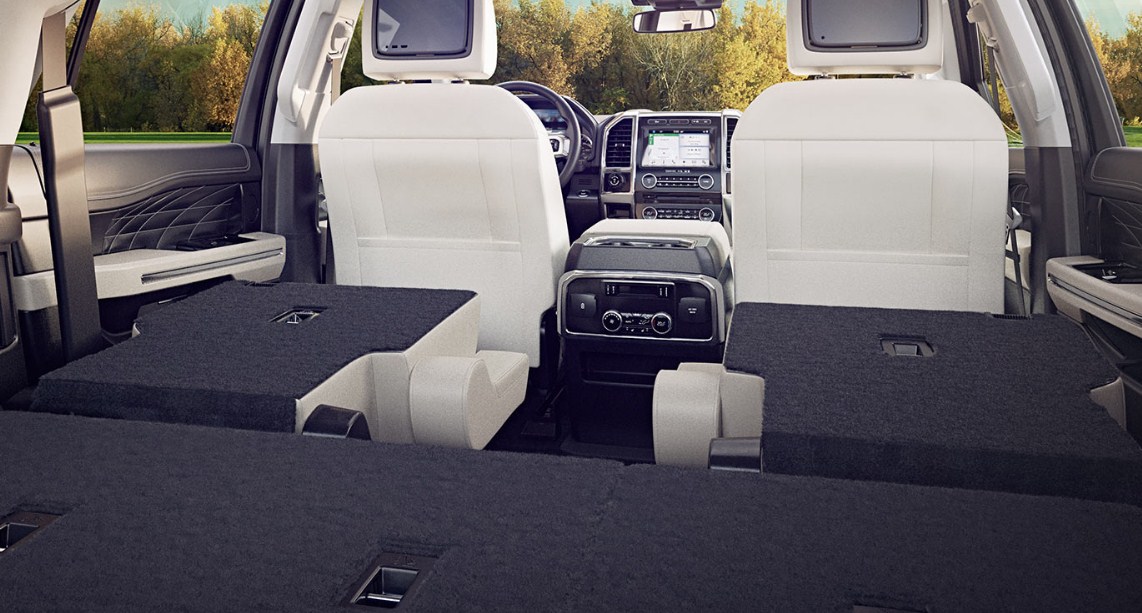 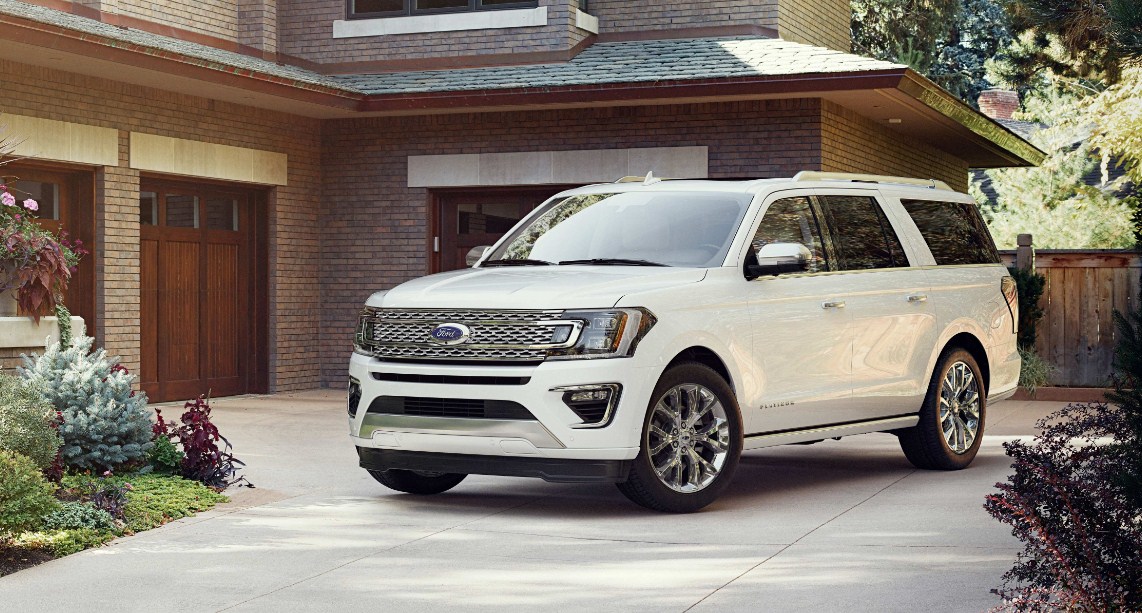 In Europe, the Mondeo is Ford’s flagship sedan so it is also offered in …
Since its debut 40 years ago Fiesta has sold 16 million vehicles. It is …
The all new Camry has been revealed back in January, and it is slated …