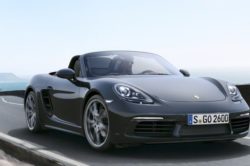 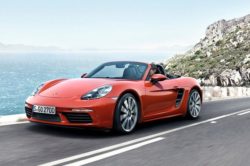 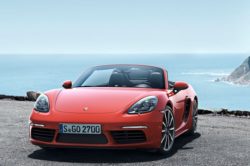 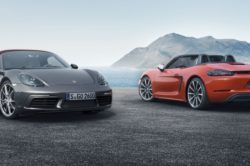 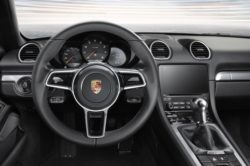 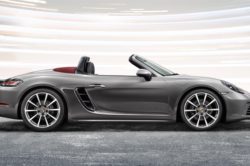 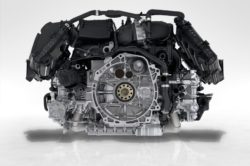 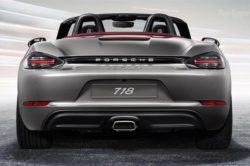 Earlier this year the all new 2017 Porsche 718 Boxster has been released with a lot of controversy following it. This is the first Porsche in many years to ditch its flat-six engine in the favor of a small four cylinder unit. On top of that it became less attractive for many purists due to its turbocharged engines. However, in our opinion, as well as many others, the car is better, more refined, faster and quite a bit more economical than before. It is also better to drive and the new engine is a lot easier to drive fast than before which means that the new Boxster has finally grown up.

At first we expected an all new model but Porsche surprised us a bit after they released the new car which is in fact very similar with the older generation. We can look at it like at a large update of the older model. The two still share some parts like the hood, rear trunk lid and even the window-frame and the roof. However, pretty much everything else on the outside is all new. The running gear and its engines have been heavily revised as well so the new 718 feels more modern as well.

Nissan Armada was launched in 2003 and is based on the F-Alpha platform. It …
The fourth generation of the Pathfinder has introduced three years ago and it was …
The iconic flagship sedan the Continental will come back in 2016. Yes, Lincoln will …