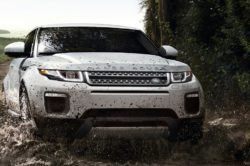 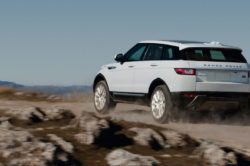 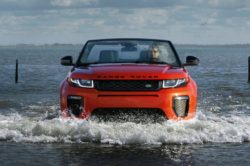 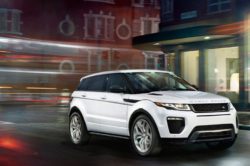 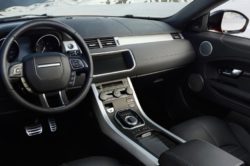 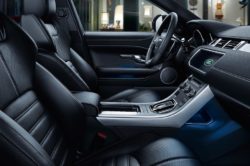 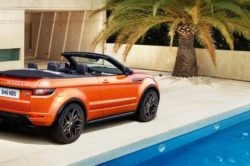 In your opinion, what are the best-designed crossovers? It’s difficult to make a single choice and you’ll probably name several cars. However, we bet among those crossovers you won’t include Range Rover Evoque. To tell you the truth it always had an unusual design (a bit boxy for our taste). Even though performance is great, Evoque had to be redesigned. Designers have put a lot of effort in the recent years in order to create more appealing car and thus today we have 2017 Range Rover Evoque.

New Evoque looks quite different than its predecessors from the last decade. With modern styling and high performances, it can easily compete with other crossovers and gain a bigger share of the market. As every other car, it has some pros and cons and its biggest advantage should be unexpectedly good fuel economy. Also, it has a well-designed and luxurious interior equipped with the cutting-edge technology. 2017 Range Rover Evoque is a two-door crossover, but it seems there will be a four-door version available. Some don’t find two-door cars practical hence we don’t recommend it.

2017 Range Rover Evoque is coming in seven trim levels and according to the first info, only two of them are going to have two doors, SE and HSE Dynamic. They differ in terms of design, but all of them are going to have the same powertrain under the hood. Range Rover opted for a 2.0-liter four-cylinder this time. It shouldn’t be a bad choice since it can deliver 240 horsepower and 250 lb-ft of torque. Power is transmitted to all four wheels and there’ll be a 9-speed automatic gearbox instead of manual transmission. This engine is used in several other models and there shouldn’t be any surprises.

Crossovers usually come with decent fuel efficiency, but new Evoque outshines them all. EPA rating stands at 30 mpg on the highway, 21 mpg in a city and 24 mpg combined. This should be the biggest advantage over other competitors. We don’t believe Range will stop there but they are going to take an extra mile and create an even more efficient vehicle in the future. Top speed and acceleration are below average. It goes from 0-60 mph in 7.2 seconds while the maximum speed is 133 mph. These figures are not great, but we don’t expect any complaints.

The cabin is equipped with the latest technology and most of the features are operated by 8-inch touchscreen. Some standard features are smartphone connection, Bluetooth connection, tilt-and-telescopic steering wheel, etc. There are even eight-way power front seats and 11-speaker Meridian sound system. Seats are wrapped in leather and come in several different color combinations. We prefer black-and-red seats which are not very common. There is a large cargo space at the back and we don’t have information whether a rear row can be folded or not in order to provide additional room for cargo. Nevertheless, trunk should be enough for the whole family.

There is no official information released by Range Rover when it comes to price and launching date. However, rumors tell us that 2017 Range Rover Evoque is going to hit the market in the first quarter of 2017. Some rumors even state it can come by the end of the year, but that’s just not possible. Contrary to release date, there are more details related to price. The price of the base model will be around $41,475 while some other trims can cost up to $10,000 more.

The Edge is five seats mid-size crossover which has been launched by Ford for …
Not that long ago manufacturers started to embrace once again personal luxury cars and …
Hyundai entered the market of luxurious vehicles a while ago. Their debut wasn’t very …