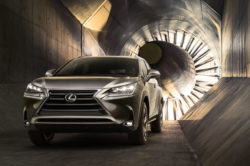 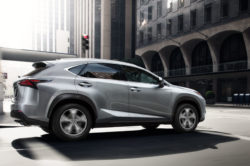 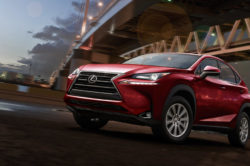 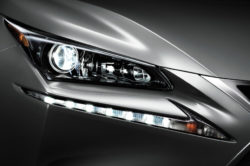 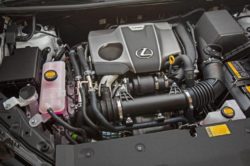 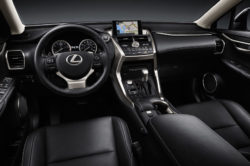 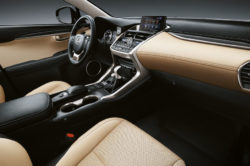 The current king in the small luxury crossover segment is the BMW X1. However, the car on the second place is a bit more interesting and definitely surprising. The 2017 Lexus NX has been released a few months back and it is one of the best cars in its class. Even though it is not the best-selling out there, it offers a unique design, a great set of features and one of the nicest interiors out there. Thanks to that, the NX manages to remain quite close to the X1 and it managed to outsell its closest competitor, the QX30, by quite a big margin. The 2017 update doesn’t really bring much to the car but this was to be expected considering it has been around since late 2014.

The Lexus NX is actually based on the Toyota RAV4 so despite the chiseled look and the aggressive lines, it is as comfortable as its sibling. The car gets a choice of three engines, depending on the market it’s being sold in, and comes in a few different trim levels. No matter the choice, though, the cheapest model is $35,000 which is not exactly what we would call cheap. In fact, cars like the Infiniti QX30 or the Mercedes GLA are a couple thousands cheaper which give them better value for money. Luckily, though, for the 2017 model year Lexus dropped the price of the hybrid by around $1,600 but this is still not enough for most.

The 2017 Lexus NX is identical to the car released in 2014. The headlights, grille, overall trim levels and even the color palette is the same as before. When the concept was released everyone thought the car looked a bit funny. Nearly two years since its release it makes a lot more sense. The front end has the usual Lexus grille and swept-back headlights.

However, they also added a separate set of DRLs which really completes the look. We would go as far as saying that it looks a lot more like a hot-hatchback than a true crossover. The back, on the other hand, is a bit more different. Here Lexus took a lot more inspiration from the RX with a large tailgate, a rather tall tailgate opening, and a beefy bumper.

With the exception of the Russian market, which gets a naturally aspirated engine, all the other markets get a choice from two rather interesting powertrains. The base car gets a 2 liter turbocharged inline 4 which can also run in a modified Atkinson cycle. This engine boasts 235 horsepower and 258 lb-ft of torque at just under 1,700 rpm. A six-speed automatic and front wheel drive come as standard while an all-wheel-drive system is an option. The 2.5 liter naturally aspirated engine is part of the other choice which is actually a hybrid.

This boasts a combined output of 194 horsepower and it comes with all-wheel drive as standard. Unfortunately, the front wheel drive model is no longer available with the hybrid which means worse fuel consumption and worse overall performance. This is also due to the CVT gearbox which really robs the pleasure of driving it.

The 2017 Lexus NX is pretty much identical to the 2015 and 2016 MY cars. The only notable change here is the infotainment system which is their new Scout GPS Link. This allows the driver to use the navigation system from their smartphone and project it onto the car’s screen. This comes as standard across the range and basically eliminates the need for a dedicated navigation unit on the car.

The base car gets a 2 liter turbocharged inline 4 which can also run in a modified Atkinson cycle. This engine boasts 235 horsepower and 258 lb-ft of torque at just under 1,700 rpm. A six-speed automatic and front wheel drive come as standard while an all-wheel-drive system is an option. The 2.5 liter naturally aspirated engine is part of the other choice which is actually a hybrid.

Do you know what the largest SUV on the North American market is? It …
The Tundra has been around for nearly a decade now but it remains one …
Hyundai entered the market of luxurious vehicles a while ago. Their debut wasn’t very …