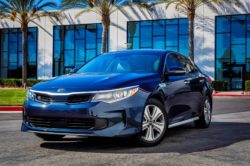 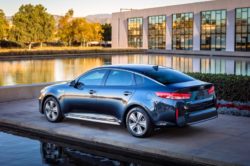 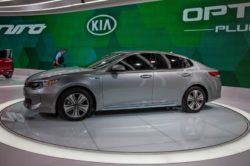 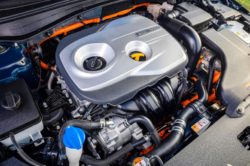 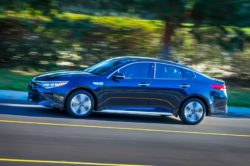 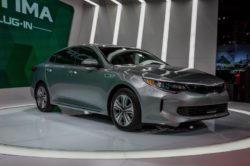 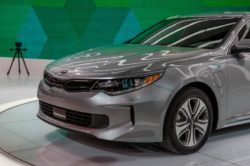 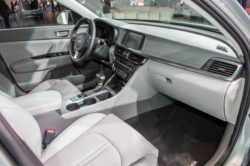 Kia Optima is a four-door and five-door sedan which is sold all over the world. It received numerous awards such as the 2016 Red Dot “Best of the Best” Award and is a two-time winner of the International Car of the Year. It was launched in 2000 and it has reached the fourth generation since then. Besides Optima the sedan has used several other names so far: Magentis, Lotze, and K5. However, now the name Optima has been standardized for all markets except South Korea and China. The 2017 Kia Optima is the member of the fourth generation released in 2015. As every other car it has some pros and cons and here are the most important ones.

As the two-time winner of the International Car of the Year contest, it shouldn’t have lots of flaws. And it doesn’t. When it comes to bad sides, experts state it doesn’t distinguish enough between the conventional model. And that is pretty much everything. On the other side, the car can brag with sporty roof slope and Sportspace concept. Styling is just marvelous and six-speed transmission is used instead of a CVT. Many experts also point out active air shutters on the front grille. And perhaps the best thing about the new Optima is low price. It has one of the best worth-price ratios in the car industry. The 2017 Kia Optima is coming in several different variants and today we will talk about Plug-In Hybrid, Sportswagon, and Convertible.

A family sedan market seems saturated but with hybrid model Kia has high hopes. The outer design is not changed much and the model still comes with familiar “tiger nose”. It also has an active grille system which improves cooling and aerodynamics. Generally, it resembles gasoline version but there are few differences such as wheels and rear bumper.

A 2.0-liter four-cylinder is placed under the hood and it can solely produce 154 hp. Accompanied with a 38-kW electric motor it can deliver additional 39 hp. Drag coefficient is low and all-electric mile range stands at 27 miles. A hybrid was definitely a surprise, but it is not the only 2017 Kia Optima variant.

Sportswagon was revealed at the 2016 Geneva Motor Show and it attracted lots of visitors. However, it will not be sold in the US and Canada. At the front, it completely resembles a sedan variant while the rear part is notably different. The grille and headlights aren’t modified as well as the rest of the front fascia. The rear part takes after Kia Sorrento. Cargo storage is huge, especially when the rear seats are taken out.

Engine lineup consists of two different engines. The base unit is a 1.7-liter CRDI diesel which comes with an output of 139 hp and 250 lb-ft of torque. The transmission system is optional thus it can be mated to either seven-speed double clutch or six-speed manual transmission. A 2.0-liter gasoline engine with a turbocharged completes the lineup. It is more powerful than the first choice and delivers 160 hp. Unlike the hybrid model, it will have the 6-speed manual and automatic transmission.

The concept was introduced in 2015. The four-door convertible is similar to the sedan and comes with rear suicide doors. As well as other variants this one also comes with several engine options: a 1.6l inline-4, 2.0l, and 2.4l. Generally, it doesn’t differ much from the sedan, neglecting the lack of a roof. The car is equipped with the latest technology and numerous features such as Satellite Radio, Surround-View Monitor, Blind-Spot Detection, etc.

All models come at a different price but the 2017 Kia Optima is not expensive in general. Pricing starts at $22,000 which is way below the average. As we have already stated this is one of the greatest advantages of new Optima.

A family sedan market seems saturated but with hybrid model Kia has high hopes. The outer design is not changed much and the model still comes with familiar “tiger nose”. It also has an active grille system which improves cooling and aerodynamics. Generally, it resembles gasoline version but there are few differences such as wheels and rear bumper.

2017 Toyota GT86: When you start searching for 2017 Toyota FT-HS Concept on the …
The Thunderbird has always been a rear wheel drive personal luxury car but ever …
Alfa’s Giulia debuted back in June 2015 and the car has been available for …