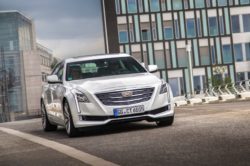 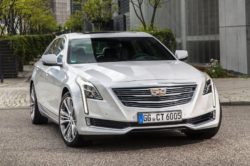 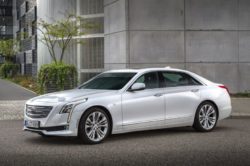 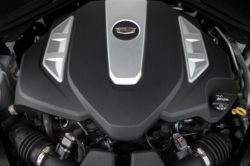 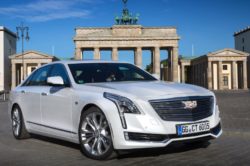 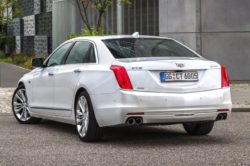 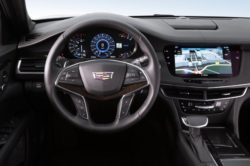 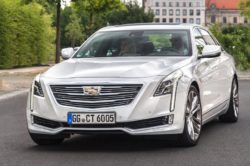 New CT6 is coming to the market! Well, to tell you the truth, not much is going to be changed but it will still be one step ahead of its predecessor. Honestly, we didn’t expect modifications of the CT6 and it seems we were right, at least according to the recent announcement. New 2017 Cadillac CT6 is hitting the market sooner than you expect and if you like the older model you will also like the new one. This is a great car with high performances but it will not set the world on fire.

New CT6 is not flawless and it has some disadvantages. Perhaps the biggest drawback of this car it lacks updates. The biggest refreshments are related to the color scheme. There are two additional colors: Phantom Gray Metallic and Bronze Dune Metallic, and one color is deleted – Graphite Metallic. However, these two new colors are available at extra charge. We do hope Cadillac will surprise us with some other improvements. On the other side, advantages are large space for passengers, up-to-date technology, reasonable price and a decent engine. This luxury sedan is definitely worth its price and is one of the favorite cars in this category. Even though there are no huge improvements it can stand side by side with its competitors.

Engine lineup is going to consist of two different units. The base unit is a 2.0-liter turbocharged four-cylinder. It is able to deliver 265 hp and 295 pound-ft of torque and it mated to 8-speed automatic gearbox. On the other hand, there is a 3.0-liter turbocharged six-cylinder with an output of 404 hp and 400 pounds-feet of torque. These engines are not a surprise and we expect to see them even under the hood of 2018 model.

Fuel efficiency is one of the advantages. EPA rating is estimated at 22 mpg in a city and 31 on a highway. These figures are not exceptional but still great for a luxury sedan. Thanks to the 3.0l it can develop 155 mph. Acceleration is not astonishing since it goes from 0-60 mph in “only” 5 seconds. However, it will meet everyone’s demands. However, new 2017 Cadillac CT6 cannot brag with good towing capacity. It is surprisingly low and is estimated at 1000 lbs. Although this is a luxury sedan and it won’t probably need better towing capacity, you never know. Generally, performance is quite satisfying and no major complaints are expected here.

As we expected there are going to be four trim levels: base, Luxury, Platinum and Premium Luxury. It is equipped with plenty of interesting features. Almost all new models from Cadillac factories are coming with Apple CarPlay, four USB ports, and Bluetooth connection. In addition, there will be wireless phone connection and smartphone app connectivity. Technology is top-notch due to the fact there are satellite radio, both front and rear parking sensors, climate control, and cruise control.

A tilt-and-telescopic steering wheel is part of the interior. There are also heated mirrors, heated seats, auto-dimming mirror, power-folding mirrors and leather-wrapped seats. 2017 Cadillac CT6 will be equipped with 18-inch wheelbase, LED taillights, LED headlights, panoramic sunroof, automatic wipers and a rearview camera. Safety remained on a high level and thanks to parking sensors it will be easy for an inexperienced driver to park the vehicle. As you can see there are the latest tech features which make this vehicle quite easy for driving.

Fuel efficiency is one of the advantages. EPA rating is estimated at 22 mpg in a city and 31 on a highway. These figures are not exceptional but still great for a luxury sedan. Thanks to the 3.0l it can develop 155 mph. Acceleration is not astonishing since it goes from 0-60 mph in “only” 5 seconds. However, it will meet everyone’s demands. However, new 2017 Cadillac CT6 cannot brag with good towing capacity.

Previous model of Buick Avista set the world on fire. It came with 3.0-liter …
Not that long ago manufacturers started to embrace once again personal luxury cars and …
At the end of 2014, Ford was releasing the newly updated C-Max for the …