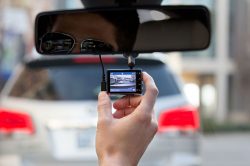 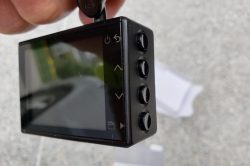 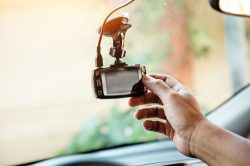 It’s safe to say that, judging by this, a dash cam is a solid piece of investment that keeps your mind at peace. In this article, we are going to talk in-depth about the importance of using dash cams. Dash cams are surveillance cameras that are mounted on the windscreen of your vehicle. The camera faces out to the road, while another one can also be mounted at the back of the car facing backward. Dash cams are equipped with a micro SD card that stores video evidence if an accident occurs while driving. The camera automatically powers up whenever you start your vehicle, and powers down whenever you stop the engine. They are powered through the cigarette lighter socket, through a power cord, and they can be left running even while the car is parked or not running. This is done to collect video evidence in the case of vandalism, hit and run offenders, and to monitor your property.

Must Read:
7 Common Mistakes to Avoid When Heavy-Duty Towing

Australians are using dash cams for a lot of reasons, and there are a lot of benefits that come with them. We’re going to talk about some other benefits.

According to dashcamsaustralia.com.au, it is because of legal reasons that dash cams have such popular use in Australia. Dash cam footage is the best way to prove your innocence in overseas traffic accidents, where you’re up against the world of the native. Dash cams are used to a large extent by Australians while traveling overseas because video evidence plays a huge role in determining one’s false claim.

Insurance companies can invest in dash cams, and deduct insurance premiums for their use since they can help them with the investigation into each case. Dash cams can display key information during an accident such as clear vision, vehicle speed, angle of the crash, and surrounding driving conditions. They are key factors that can determine whether or not the person driving is at fault or not. Based on that, the insurance company can safely compensate you and greatly reduce the time it takes to settle a claim. You can place your cam on your glas, and you can find more here.

Australia can completely stop vandalism and hit and run offenders if drivers would use dash cams. These devices work in your favor since they can provide video evidence of the crime at hand. As we mentioned earlier, dash cams can still record while the vehicle is parked at your driveway. This makes dash cams act as another set of surveillance camera that monitors both your vehicle and your property. By monitoring both vehicle and property, the dash cam can successfully pick up any acts of vandalism or hit and run crimes.

Buying new care means that you surely would be investing a lot of money …
Being prepared when you go on a long-distance road trip is extremely important for …
Believe it or not, RV owners argue about whether to tow a car or …