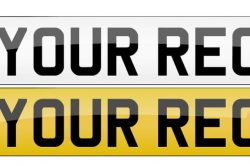 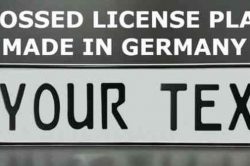 They invented cars and were also one of the first countries in the world to introduce number plates. But have you ever wondered how German number plates differ from UK ones? Here’s a quick walk through their car registration system;

When you register a car in Germany, you will get a number plate that has four major components. The first of these components identifies the region and is mostly an initial denoting the city of registration. For example, if you register a car in Stuttgart, the identifier will be an “S”, in Berlin; the identifier would be a “B” and so on and so forth. The smaller towns such as Bamberg also have their own identifiers although they will often be two letters.

Must Read:
How Long After a Motorcycle Accident Can You File a Claim - 2023 Guide

The third component is comprised of either one or two letters, followed by up to four numbers. There are usually randomly assigned although for a small fee, in most states you can choose the combination to personalize the plate. Most people choose their initials and date of birth.

Following that format and assuming that someone living in Stuttgart paid to have their number plate personalized, here are a few examples.

Johann Schmidt, who registered his car in Berlin and was born in 1987, would have the following plate;

Just as it is in the UK, there are some number and letter combinations that are restricted in Germany. And just like in the UK, these are combinations that may be construed to be offensive by the public. But with its unique history, specifically the horrific events of World War 2, Germany has taken extra steps to ensure that some plate combinations are completely off limits and with good reason. These include the following;

Must Read:
Tips To Make Your Road Trip Worthwhile in 2023

In addition to the above, the combinations BUL-LE cannot be used as they spell out a derogatory term for the police. MO-RD which spells the German word for murder and SU-FF which denotes being drunk are also forbidden.

As you can already guess, there isn’t much someone can do to personalize a plate using the German system. As a result the personalized number plate business in Germany may not be as huge as the one we have in the UK. But the system is still subject to some laws governing the color and size of the fonts used as well as the color of the plate itself.

Due to its incredible safety, brightness, and power, LED headlights are gradually replacing conventional …
Are you thinking of visiting sunny California? If so, you may be wondering how …
We don’t think too much of our number plates until we need a replacement. …