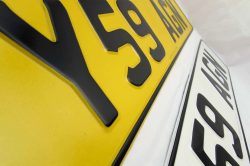 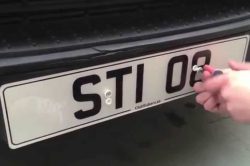 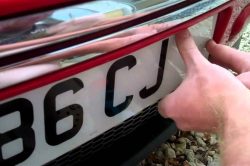 But you should know that there are several options available to you when fitting a number plate on to your car. The following are just some of the most effective by the Number Plate Man

Must Read:
Tips To Make Your Road Trip Worthwhile in 2023

This is probably the method you are used to seeing since it is the most traditional method to attach a number plate on a car. You screw the number plate to the frame of the vehicle or you can use nylon nuts and bolts. This can be done with any type of screws including plastic screws although these are not recommended since they are prone to crack.

Screws have a major disadvantage; they show on the surface on the number plate. If this bothers you, you can buy number plate fixing caps to go on top of the screws. Caps will also help to reduce tampering.

4. Other Types of Number Plate Fixings

There are other methods available although these may be used for specific niche purposes only. For example number plate brackets are becoming popular among motorists who might have to change their number plates more often. Some brackets allow the motorist to slide the number plates in an out, a solution that is idea for show plates.

Surround brackets frame the number plate all the way around. These are more secure and are also more customizable, while remaining within the rules governing number plates.

Must Read:
What do Car Transport Services Include
Category: Tips Submitted by: Clyde C. Jones

Are you thinking of visiting sunny California? If so, you may be wondering how …
Have you ever thought about getting into motocross racing? It’s a thrilling sport that …
For a dedicated motorcycle rider, his motorcycle is everything for him. For a rider, …