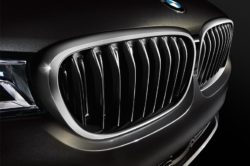 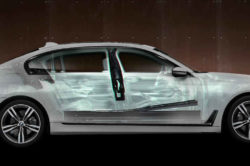 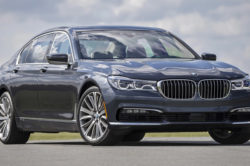 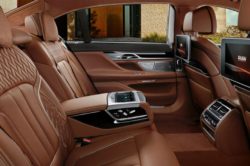 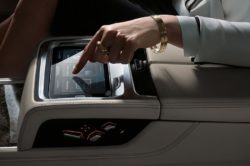 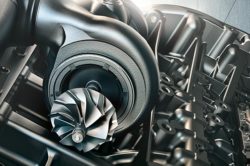 Introduced way back in 1977, the BMW’s flagship limousine has been a symbol of luxury and class, but compared to it’s archrival, the mercedes S class, it has an added sense of strength and power, as well. BMW has always tried best with this model, inreasing the bar and stretching the limits with every new iteration of the 2016 BMW 7 series model. Although the information is scattered, it can clearly be seen that the BMW will reinforce the position of the car, as the most innovative sedan in the luxury segment.

Based on the leaked images, the new 7 series features some pretty top-notch technology. The front of the car has a more aggressive look, mainly due to redesigned headlights, which are now fused with the grille, with an obvious transition from straight lines to a more orbicular shape at the end, which is a design all new BMW models feature.

The leaked images show something truly spectacular, especially for the technology junkies – laser headlights. The piece of first-class tech was only reserved for i3 model, but looks like 2016 BMW 7 series will most likely add this feature, as an option, on the new 7 series, as well. The inspiration for the front bumper was BMW’s 6 series model and it fits perfectly on the new 7 series. The taillights are now leaner, wider and sharper than on the previous model, something similar can be seen on the X6 and the X4 models, and the chrome stripe that runs between the taillamps now splits them in two. The exhaust pipes now feature a wider and sharper look, but their location remained unchanged.

The images don’t show much change in the interiour, though. The layout remained pretty much the same, with a slight change in the design of the steering wheel and the shifting knob.

The new model also features a larger LCD screen, in order to incorporate a touchscreen based iDrive system, and a wooden stripe stretching across the dashboard. Leather coated top of the dashboard with a contrast white stiching is also present.

Due to the lightweight materials used (including carbon fiber) in the new modular 35up platform, the new 7 series will burn almost 200 kg, compared to it’s predecessor.

The starting price point of the current model is around $80,000, although it’s early, it’s safe to assume that the new model shares the same ballpark.
The design, interior and technology will surely contribute to fortify it’s domination in this segment.