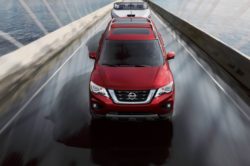 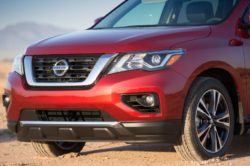 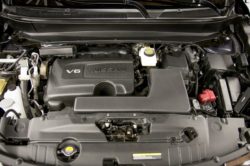 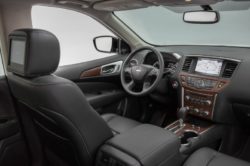 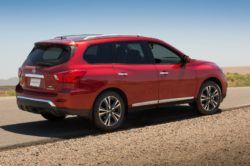 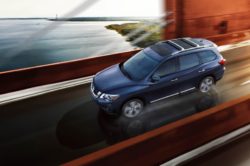 The fourth generation of the Pathfinder has introduced three years ago and it was immediately redesigned. This redesign wasn’t significant, but those modifications came unexpectedly. We believed that Nissan won’t do anything huge for some time and they surprised us once again. The 2017 Nissan Pathfinder is coming with a new engine under the hood, according to the Vice President of Product Planning for Nissan North America, Michael Bunce. However, this won’t be the only change and there are going to be some refreshments of the exterior. New Pathfinder is coming with some advantages and disadvantages and here are some of them.

Before we start talking about details of the 2017 model, we would like to take a look at the most important pros and cons. When it comes to bad sides there are two things that everyone noticed. Interior trims don’t look as good as they used to be, but the cabin is still quite functional. Also, the taillights seem to be downgraded. On the other hand, everyone is delighted with a new grille which gives a totally new look to the front fascia. The biggest news is the new engine which has a significant impact on the performance. Since this is the thing that left us speechless we’ll start with the powertrain.

The new engine is going to be slightly more powerful than the current one and it is coming with new pistons, air intake system, direct injection, electronic control module, etc. The current engine comes with an output of 260 hp and 240 lb-ft of torque while the new 3.5-liter six-cylinder will be able to deliver 24 hp and 19 lb-ft of torque more. Even the towing capacity has been increased from 5,000 to 6,000lbs. They paid a lot of attention to the powertrain and went an extra mile. The third generation of the Xtronic CVT transmission is used and it is equipped with D-Step logic control.

When we compare the drivetrain of the 2017 Nissan Pathfinder to the competition, it is around average. The biggest competitors are Honda Pilot and Ford Explorer. Both of these cars have 3.5-liters that deliver around 280 horsepower. The better engine is going to attract more customers and this was a great move by Nissan. However, at this moment we cannot tell what share of the market it will have because both Honda and Ford are planning to improve their SUVs as well. Nevertheless, you will find new Pathfinder existing and it is going to meet your demands.

The first new thing you notice is grille. It got flat-bottomed V shape instead of the rectangular look previous models had. Headlights have also been redesigned while the fog lamps are more upright than before. Side profiles didn’t get any improvement, neither did rear part. Taillights seem a little bit different, but we can’t tell that is an upgrade. The cabin is still very functional, but we are not a fan of the new trims. Generally, nothing has changed inside the car, and interior of the 2017 Nissan Pathfinder completely resembles the old one. Nissan announced dashboard would get some changes. However, the only change we see are new cup holders and that’s all.

Safety system will almost be completely the same as the last year. However, there are few additional features. The Around View Monitor will be equipped with the moving object detection for the first time. Apart from it, forward emergency braking and intelligent cruise control are also going to be added.

The 2017 Nissan Pathfinder comes in four different trim levels and each one of them will have a different price. Starting price is just $29,990 while the Platinum trim is estimated at $43,560. Price range is huge and, as far as we are concerned, even the base model will deliver the goods.

The GL is Mercedes’ largest crossover out there and at this point it has …
Previous model of Buick Avista set the world on fire. It came with 3.0-liter …
2017 Toyota GT86: When you start searching for 2017 Toyota FT-HS Concept on the …