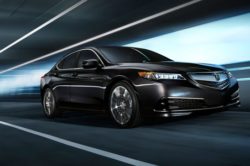 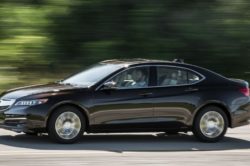 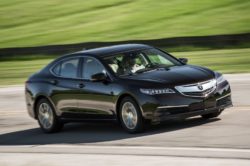 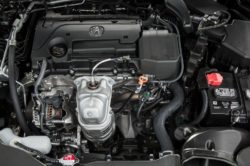 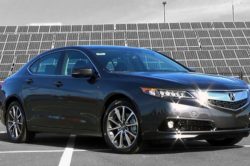 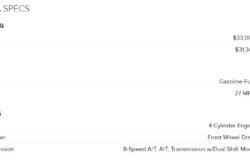 The ongoing TLX is an all new car which has been released by Acura a couple of years ago as a replacement for two of their models, the TL and the TSX. Unlike these two, the TLX is lighter, better to drive and while it still shares its platform with the Accord, a lot more comfortable. However, with the new MDX, Acura launched an entirely new corporate look with a new grille and headlights design which is expected to be featured on all of their models. This means that the upcoming 2017 Acura TLX will be one of the cars to receive it and considering how good it already looks, the new model is only going to get better.

This new design scheme was first showcased on the Precision Concept and features an entirely new arrow design pentagonal grille as well as a new set of LED headlights which really complement the new grille nicely. On top of that, it seems that the upcoming TLX might receive a rather special model with a Type S version which could be what Acura needs to compete with cars such as the Audi S4 or even the AMG versions of Mercedes.

Despite that, it should still be a good compromise between creature comforts and raw power so the 2017 Acura TLX will only get better as time passes by. The base versions of the car will still benefit from the current 2.4 liters naturally aspirated inline 4 engine which currently makes 206 horsepower. The more powerful 3.5 liter V6 with 290 horsepower and little over 260 lb-ft of torque is also going to be present in this generation as well which means that these models will be identical to the current generation of the car.

In order to differentiate it from the rest, the future Type S is expected to benefit from a newly designed engine which may be offered on most of Honda’s and Acura’s high-end models. This would be a new 3.5 liter twin-turbocharged V6 which could offer anything between 340 to 500 horsepower and over 400 lb-ft of torque. The Type S on the TLX might get a mid-range version of this engine with close to 370 horsepower and 400 lb-ft of torque, all sent to an all wheel drive system via a 9-speed automatic gearbox, the same as the one found on the current V6 model.

Like we mentioned above, the car’s design is expected to change slightly despite the fact it has been on the market for a couple of years. This means that the front will likely receive their new pentagonal grille with the slim LED headlights which will offer a more aggressive design than usual. On top of that, the car’s rear end might be altered with the help of a new set of tail lights and probably a new bumper while the Type S version could receive all black exterior inserts and subtle stripes similar to those found on the previous sporty Acura models.

Unfortunately, these changes are unlikely going to be carried over to the interior of the 2017 Acura TLX which means that most of it will remain the same as before. The only changes we expect here are the addition of an entirely new infotainment system to replace the current aging unit and on top of that, the Type S version will very likely receive sporty seats with more supportive bolsters and a more aggressive design than those on the regular car.

The iconic flagship sedan the Continental will come back in 2016. Yes, Lincoln will …
There are only a handful of small car manufacturers that design everything in-house. This …
The latest generation of the Mazda Miata is one of the best sports cars …